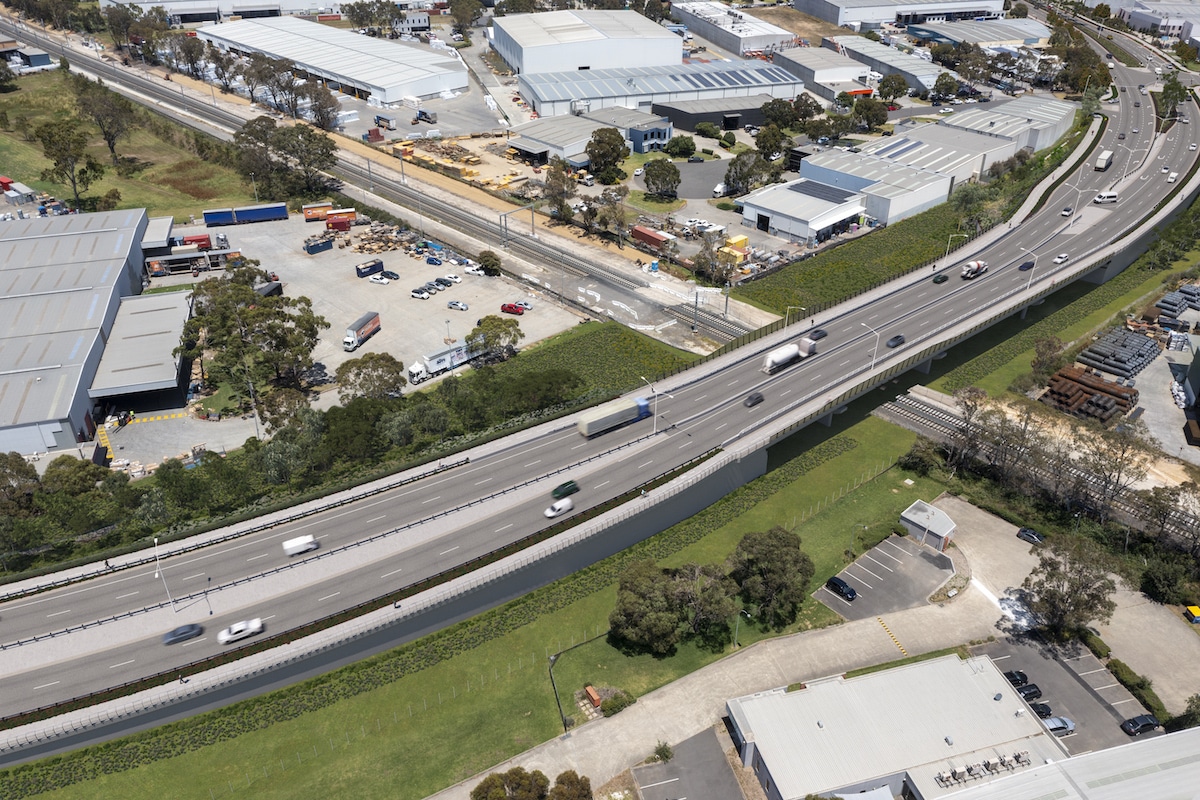 The final bridge beams have been lifted into place over the Cranbourne rail line for the new Pound Road West bridge upgrade.

As part of the Pound Road West Upgrade, crews have lifted 48 bridge beams into place to shape the new bridge, connecting the dead-ends at Remington Drive and Pound Road West.

The beams vary between 22 metres and 39 metres in length and weigh up to around 80 tonnes each. The new four span bridge will be approximately 125 metres long.

The bridge will provide better connections between the Dandenong South employment hub and freeway network, improving access in and around the area and reduce growing traffic pressure on Abbotts Road and the South Gippsland Highway.

“Crews are powering ahead with the Pound Road West Upgrade with works underway on the new Pound Road West bridge over the Cranbourne rail line,” says Member for Dandenong Gabrielle Williams MP.

“The Pound Road West Upgrade will improve access around the Dandenong South employment hub and reduce traffic congestion for years to come.”

Since 29 June, beam lift works have been completed across four shifts, with crews installing the final 12 beams over the railway line last week.

The bridge beams were made by Victorian-based manufacturer, Westkon Precast, while precast kerb units and anti-throw screens for the bridge were manufactured by Civil Infrastructure Group.

The bridge will feed into two lanes each way, bordered by new shared walking and cycling paths to improve access and safety for pedestrians and bike users. There was no impact to motorists as works were delivered an existing rail line disruption.

As part of the Upgrade, traffic lights will also be installed at Hydrive Close and Ventura Place, and intersections will be upgraded at Abbotts Road and the South Gippsland Highway to improve safety for all road users.

The Pound Road West Upgrade is scheduled for completion in 2023.