FCON22 wrap up – Inside Construction 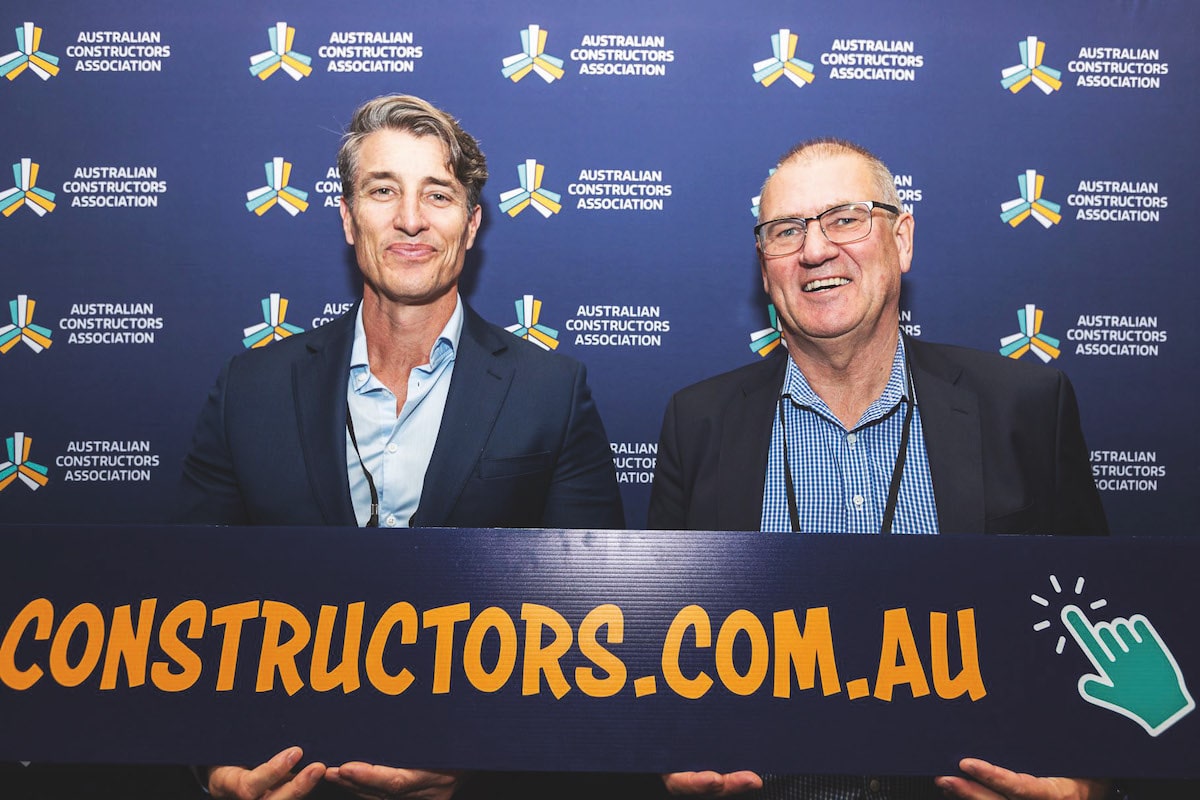 Be bold, be brave, and do it together as an industry – that was the takeaway from this year’s Future of Construction Summit (FCON22).

Partnering with FuturePlace, the national representative body for major contractors, the Australian Constructors Association brought key issues to the forefront of discussions at the newest national conference for the construction sector, FCON.

Promoted as the ‘must attend’ industry event, FCON22 did not disappoint. Almost 500 industry leaders and stakeholders attended the 2-day event held in Sydney from 4 – 5 May. With a stellar line up of speakers from government, industry and the supply chain, attendees were invited to join discussions about much needed reforms and the opportunity for a more productive and sustainable industry.

The urgent need for the construction industry to change and become more sustainable was the genesis for the event. This is an industry that suffers from lagging productivity growth, a lack of diversity, lack of innovation, shortage of resources, poor mental health and slim profit margins. Despite various attempts, the industry has failed to shift the dial and now is the time to bring about widespread change. The industry has a lot of answers and tools, it just needs to actually implement and use them – and it can only do this if it works together.

Mr Gibb said, “Our individual success is tied to each other’s success and is not mutually exclusive. We can and must do better. And doing that will require a frank discussion about changing the way we have always done things.”

The FCON22 agenda reflected the three key pillars the Australian Constructors Association believes support a sustainable industry: positive industry culture; equitable and aligned commercial frameworks; and sufficient capability, capacity and skills. Strengthening these pillars has proven to be a difficult task as each of these pillars are interconnected and improvement in one requires improvement in all. This interconnectedness was highlighted by discussions at FCON and reinforced that message that the construction industry needs to work together.

FCON22 attendees widely accepted the position that it is time to increase collaboration and break through the areas of trust and value that have let the industry down. Through a mix of panels, fireside chats, presentations and roundtables, attendees were presented with honest discussions in a bid to start rebuilding trust in the industry. This included exploring the importance of all stakeholders having an understanding and empathy for each other’s drivers in order to better align on a more sustainable and productive future path for the industry.

A fireside chat between the Australian Constructors Association CEO Jon Davies and Vice President Scott Cummins reiterated the need to get above projects and think about value for money to the industry. Mr Cummins went on to declare, “There is a massive prize for productivity, but we need a system that encourages and promotes it.”

Underpinning the three sustainability pillars is a $15 billion opportunity to improve industry productivity and with the skills shortage knocking at the door the need for greater productivity and innovation led discussions on day 2.

It was clear that there is not one silver bullet, there are a range of things to do collectively as an industry. The capability and capacity panel agreed the industry is changing and moving forward, but it needs to continue working to improve the culture of the industry to attract and retain workers. Some of the levers discussed included technology adoption, improved focus on environmental sustainability and adoption of the new Culture Standard developed by the Construction Industry Culture Taskforce.

The technology leaders panel reported that the construction and technology worlds are colliding. There is so much data in existence, but how do we effectively use it? Emerging technologies and digitalisation drive efficiencies and capture data. However, if people don’t trust the data, and don’t use it, or it’s not meaningful, we’re not productive.

Speaking of technology, people are the construction industry’s biggest asset and in discussing technology at FCON, speakers reiterated that it is really about augmenting those great people with better technology, making them more efficient, safer and more informed with data. It is going to take courage for digital to meet construction with a people first agenda.

Beyond the three pillars and technology, FCON also highlighted the importance of environmental sustainability which recently emerged as a key focus area for the Australian Constructors Association. If the construction industry really values moving to net zero and the reduction of gross CO2 emissions, it must work together on commercial frameworks that incentivise all stakeholders to invest together to reduce carbon emissions via design as well as developing new construction methodologies. This was one of the many important points made during the sustainability panel discussion.

Infrastructure Australia estimated that the construction industry is about to face a shortfall of 105,000 workers and this was before the major flooding events on the East Coast caused significant damage to infrastructure and increased demand for workers even further.

Only 12 per cent of our workforce are women and this number declines to 2-3 per cent for blue collar workers. With construction workers six times more likely to die from suicide than a workplace incident, is it any wonder the industry is struggling to attract and retain enough people to undertake the record pipeline of work ahead.

If we want to keep our workers safe, attract new talent and keep pace with the growing demand for infrastructure, we need to tackle the big issues that have plagued our industry for decades. Construction Industry Culture Taskforce Chair Gabrielle Trainor AO spoke on changing culture to address gender diversity, working hours and mental health and the work being undertaken by the Construction Industry Culture Taskforce – a partnership between the Australian Constructors Association and governments of NSW and Victoria.

“As an industry we’ve shouted safety and whispered health…the world is changing and momentum is building. Bottom line this is a conversation we all need to have about the productivity of the industry and the sustainability of the industry, this isn’t a nice to do it’s an imperative,” Trainor said.

The national culture standard developed by the Taskforce was a key discussion point at FCON22. The Culture Standard provides a framework for clients and contractors to work together to improve the conditions for workers in the construction industry. It proposes a set of standards be incorporated into procurement processes to improve worker time for life, wellbeing, and diversity and inclusion. Following the public consultation in late 2021, the Culture Standard is now being piloted in NSW and Victoria on a range of projects and contract types. It is anticipated that the evidence base supporting broader adoption of the standard will be finalised by the end of 2023. Subject to the findings, governments Australia wide will be called upon to adopt the standard through procurement processes in each jurisdiction.

Industry at its best

The turnout and enthusiasm at the newest national construction conference was a heartening reminder that the industry is at its best when it works together. Australian Constructors Association Vice President Scott Cummins summed up the themes perfectly saying, “It’s all about collaboration. It is about getting the early involvement of our contractors, sub-contractors, designers and the supply chain and everyone working together to take on the challenges that we are confronted with today. It is about using innovation and technology and increasing the productivity of the entire industry to solve the problems that we are confronted with to deliver great infrastructure for the whole of Australia.”

From terms such as ‘co-opetition’ – where industry competitors also collaborate to achieve mutual benefits for the industry, to ‘reverse mentoring’ – where younger workers and older workers connect and learn from each other, countless insights were shared that resonated with the audience.

Don’t lose the sense of urgency

Discussions from FCON22 promised to bring about transformative change at an accelerated pace. The Australian Constructors Association has not lost sight of this promise and is advocating strongly and partnering with government and industry to bring forward change.

Planning is underway for FCON23 to be held in Melbourne from 3 – 4 May 2023. Audiences can expect to see a reinvigorated agenda with industry headwinds like material price escalation a prominent feature.

In the words of Australian Constructors Association CEO Jon Davies in his closing speech, “We have to boil the frog to stimulate collaboration and co-opetition for a digital journey along the yellow brick road to utopia!”

Find out more at constructors.com.au