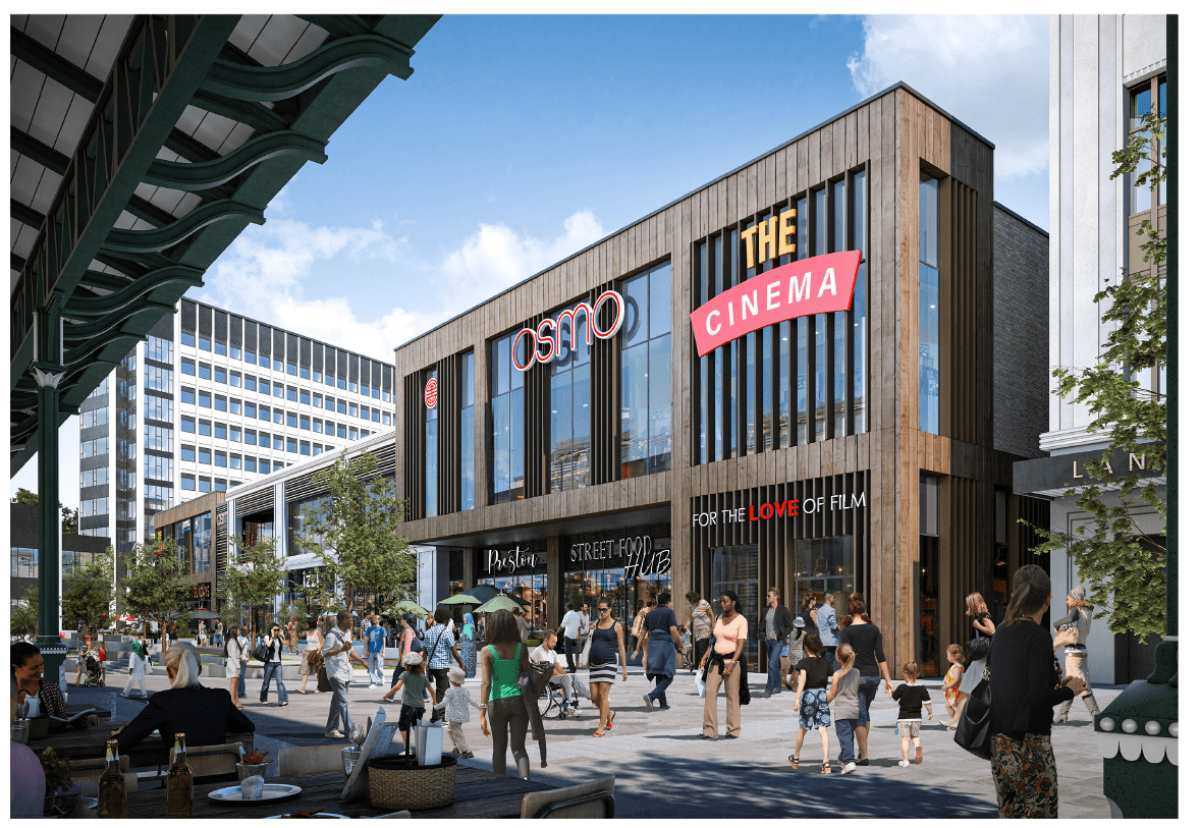 Site preparation will start over the next month, with full construction scheduled to begin in early 2023.

Located on the site of the former indoor market, the project will feature an eight-screen cinema and bowling alley along with five new restaurants and bars, a street-food hub, a car park, and new public square.

The scheme is being funded by the City Council, with support from the Towns Fund and the Preston, South Ribble and Lancashire City Deal and will be publicly owned.

Councillor Matthew Brown, Leader of Preston City Council, said: “Over the coming months, the people of Preston will start to see a lot more activity on site as the diggers and heavy machinery move in and the build starts to take shape.

“The high street and how we use it, is radically changing and we are building resilience with a diverse leisure and cultural offer to support the retail sector.

“Animate is being funded and retained by the Council as a strategic public asset and we are confident in the benefits that this development will bring.”

Manchester architect LeachRhodesWalker designed the scheme with Waterman as both M&E and structural engineer on the scheme.

The development is one of six major projects planned under the £200m Harris Quarter Towns Fund Investment Programme, for which the city was awarded £20.9m from the government’s national Towns Fund initiative in March.