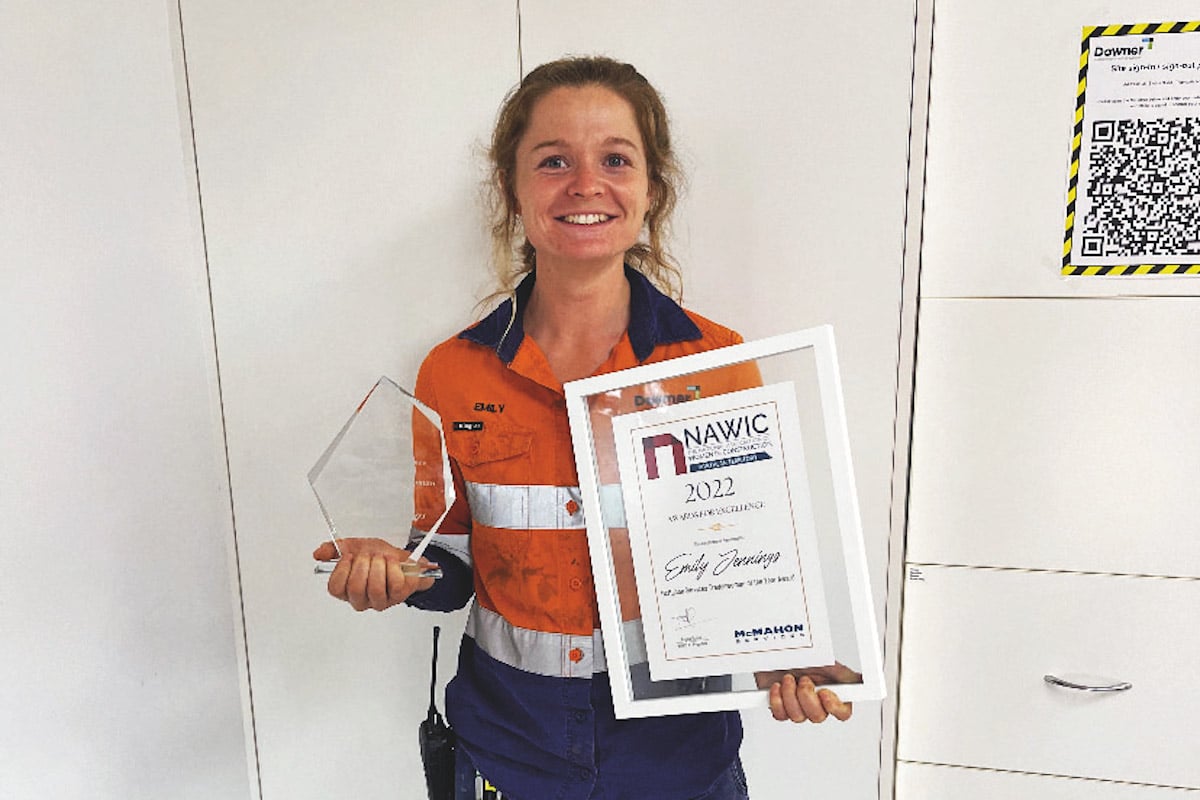 In her 3 years as Bitumen and Asphalt Production Foreperson for Downer, Emily Jennings has manufactured thousands of tonnes of asphalt for projects throughout greater Darwin.

Emily Jennings started with Downer in 2017 as a Traffic Controller. She didn’t always aspire to work in the construction industry, but after completing a social science degree at university after school, Jennings wasn’t sure what career path she wanted to follow.

“I went travelling around Australia until I decided what I wanted to do and arrived in Darwin in 2017. I started a role as a Traffic Controller for Downer where I gained an insight into the world of bitumen and asphalt,” she says.

In this role, Jennings spent most of her time working for Downer’s spray seal crew on various projects in remote areas of the Northern Territory, including several urban asphalt projects around Darwin. Jennings says she found the process fascinating and loved being a part of it.

When the opportunity arose for Jennings to join the Downer production team in 2019 as a trainee Operator, she jumped on it. “I was nervous and unsure of what to expect,” she says.

“It was also intimidating being the only female in the crew, but over 3 years on I couldn’t be happier with the decision I made to join the production team.”

Jennings says her crew is responsible for safely and efficiently manufacturing bitumen and asphalt for various projects around the Northern Territory, and her typical workday varies. The hardworking operator starts every morning by doing a prestart meeting with the production team, and throughout the day, oversees the operations of the crew to ensure all daily targets are met in a safe manner.

“Working with bitumen can be extremely dangerous. It is heated and stored at temperatures of up to 200 degrees, so all processes must be followed carefully to avoid serious incidents and injuries,” says Jennings.

Depending on what her team has on for the day, Jennings could be doing anything from blending bitumen, operating the asphalt plant, loading sprayers and bulkers with bitumen or driving a loader, forklift, HR truck or bobcat.

“My favourite thing about my job is that it never gets boring. It’s not a typical nine-to-five job, and every single day is different,” says Jennings.

“In my few years with Downer, I have already been given so many opportunities to learn and progress within my role and there’s always more to learn.”

Jennings has played a significant role in several projects during her time with Downer. She has helped manufacture and deliver high specification bitumen to Ayres Rock and Alice Springs airports. She’s also manufactured thousands of tonnes of asphalt for a number of projects throughout greater Darwin including the Darwin Rail Terminal, new housing estates and industrial subdivision, as well as upgrades to Darwin and Tindal Airports.

Recognised for her commitment and enthusiasm throughout her career, Jennings took home the Australian Flexible Pavement Association’s Field Worker of the Year award in 2020. This year she won the National Association of Women in Construction’s (NAWIC) Tradeswoman of the Year 2022 award.

“I’m proud of my achievements, but the thing I am most proud of is being able to help welcome and encourage new people, particularly women, into the construction industry – especially those who, like myself, have no previous experience,” says Jennings.

When talking about her role, Jennings says being able to work in a team is one of the most important aspects. “With lots of different crews and people working at Downer, being able to communicate efficiently with everyone around me to achieve a common goal is essential,” she says.

“My goals for the next number of years are to remain working within the construction industry.

“I see Downer as a long-term career with plenty of opportunities for personal and career growth. I aim to keep learning and progressing in my current role by improving my leadership and communication skills and gaining more valuable experience.”

Jennings says her advice for someone looking for a career in the construction industry is to be open minded and willing to learn from those around you – “I still learn new things every single day.”