Residential spending fell 1% over the last month, while total construction spending dipped 0.7% in August, the biggest decrease since February 2021, according to the data.

“The disparity between high contractor confidence and worrisome macroeconomic outcomes persists,” Basu said in a statement.

The sector gains and slumps, like the impact of the pandemic itself, were uneven.

“While some segments… continue to struggle in the context of behavioral shifts wrought by the pandemic, other segments are showing significant momentum,” said Basu. “This is especially apparent in certain public construction segments like water and sewer, highway and street, and flood control.”

Spending on sewage and waste disposal projects ticked up 1.4% in August, posting an increase of 11.9% over the last year. On the other hand, spending on office projects fell 0.5% in August, and dropped 0.9% from a year ago. 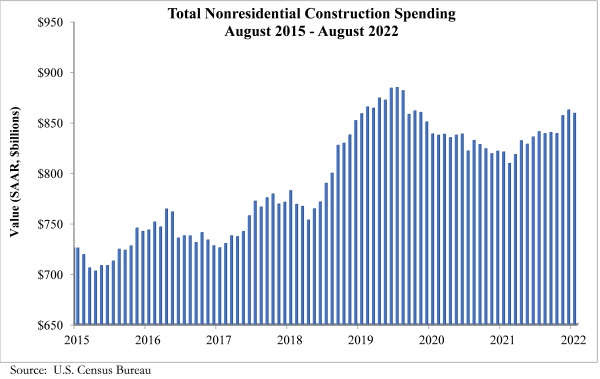 “Given the rising costs of project financing and delivering construction services, [the spending growth decrease] is not surprising,” said Basu. “Arguably, it is the contractor confidence that is counterintuitive.”

Hill to oversee construction of $400m teaching hospital in Jordan