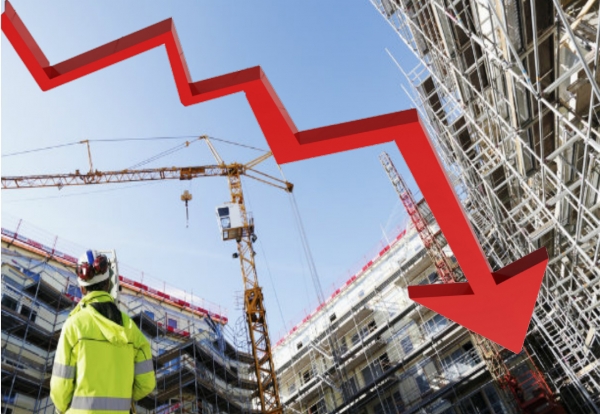 The slide in monthly construction output in July came solely from a decrease in repair and maintenance (-2.6%) as new work saw a slight increase (0.3%) on the month.

At the sector level, the main contributors to the decrease were public housing new work, and public and private housing repair and maintenance, which decreased 13.1%, 8.0% and 2.6%, respectively.

This represents a record high since the Construction Output Price Indices series began in January 2014.

Along with high prices for construction products, said that there was evidence from firms that new orders were starting to slow, with many mentioning the cost of living crisis for households and businesses as a possible reason to explain this contraction in demand.

This was backed up by the recent new orders in the construction industry data, which saw a fall of 10.4% in Quarter 2 (Apr to June).

Clive Docwra, managing director of property and construction consultancy McBains, said: “July’s decrease in output in part reflects falling demand because of increasing cost of living pressures, and uncertainty over the UK economic policy given the contest over who would become the next Prime Minister.

“It has meant many clients – from households considering low-scale home improvements to investors and developers contemplating major new projects – held off committing investment. 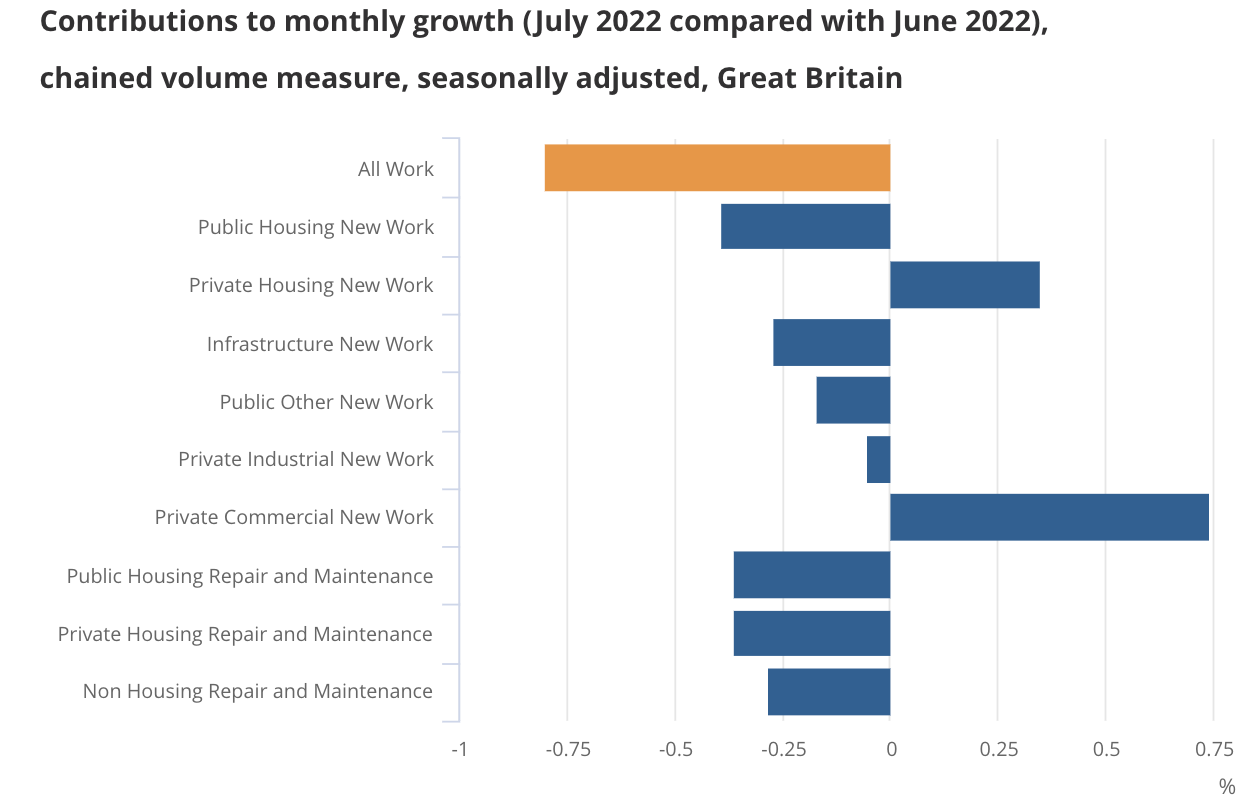 Seven out of the nine sectors saw a fall in activity

“Supply bottlenecks are also continuing to impact, especially with materials coming from China being affected by the partial or full lockdowns in dozens of Chinese cities.”

Docwra warned the effect of Russia’s invasion of Ukraine was also starting to bite harder.

“Many construction firms were protected from the increases in energy and material prices because they used forward contracts for energy and to pre-purchase materials and products where possible, but that has merely delayed pressures that are now being felt more intensely.

“To ease the energy crisis, the construction sector would have liked to see the Truss administration support a major home insulation programme, which would not only help fix Britain’s leaky and energy-inefficient homes and help cut bills, but also provide work for smaller construction firms who are in particular feeling the pinch at present,” he added.