Construction industry soars at the 2022 Women in Industry Awards 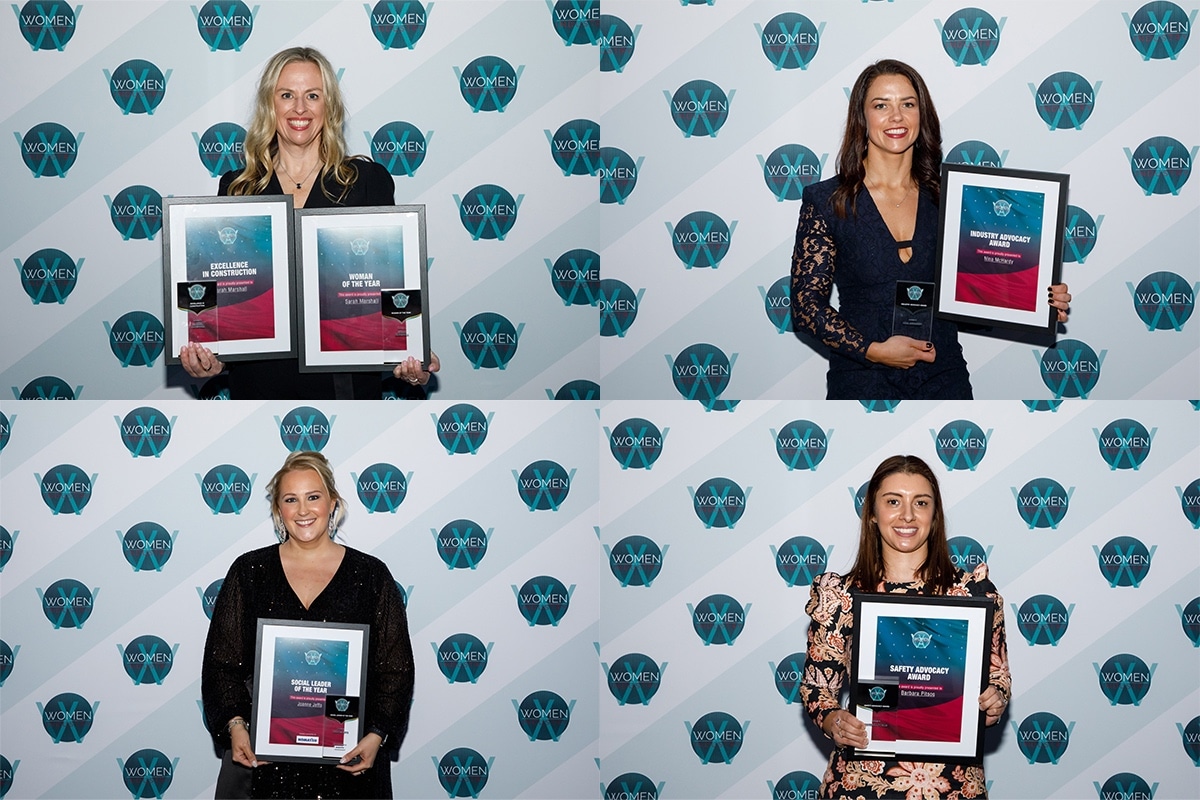 This year’s Women in Industry Awards (WII), held on September 8 in Sydney, was a special night for the construction industry.

The annual Women in Industry Awards recognise the achievements of women across a range of industries in Australia, including construction, mining, transport, manufacturing, engineering, logistics, bulk handling, waste management, rail and infrastructure.

Women working in construction took out several of the coveted awards – a proud moment for the industry – with infrastructure construction company Fulton Hogan winning multiple categories.

The WII not only recognises the achievements of the finalists and winners of the awards, but also celebrates the contribution of women across all industries.

Sarah Marshall, Fulton Hogan’s General Manager – People, Safety and Sustainability says to be recognised amongst such an amazing group of highly talented women across a diverse cross-section of industries is overwhelming.

“For someone like me that has worked in construction industry for over 25 years, these awards are a reminder of how far we’ve come and how much there is still left to do. We must continue to drive change and make a difference now and for the next generation of women and men, breaking down barriers and creating new possibilities,” says Marshall.

“Thank you to the organisers and judges of the Women in Industry Awards for raising awareness of the significant and meaningful contribution that women make to industry every day.”

“I was so humbled to accept the award on the night, however, it reflects the work of so many people within Fulton Hogan and the great culture that we have within our business,” says McHardy.

“I truly believe that construction is a place for everyone; it is an industry where anyone can forge a fulfilling and rewarding career regardless of their background, gender or area of speciality.”

“To receive this award, representing my role as a support function is testament of that. I’m proud of the work we are doing, specifically in encouraging women to consider a career in construction, and this award has further fuelled my fire to drive positive change and make an impact where I can.”

Other winners from the 2022 awards included:

The Inside Construction team would like to congratulate all award winners and finalists for their outstanding contribution to industries across Australia.