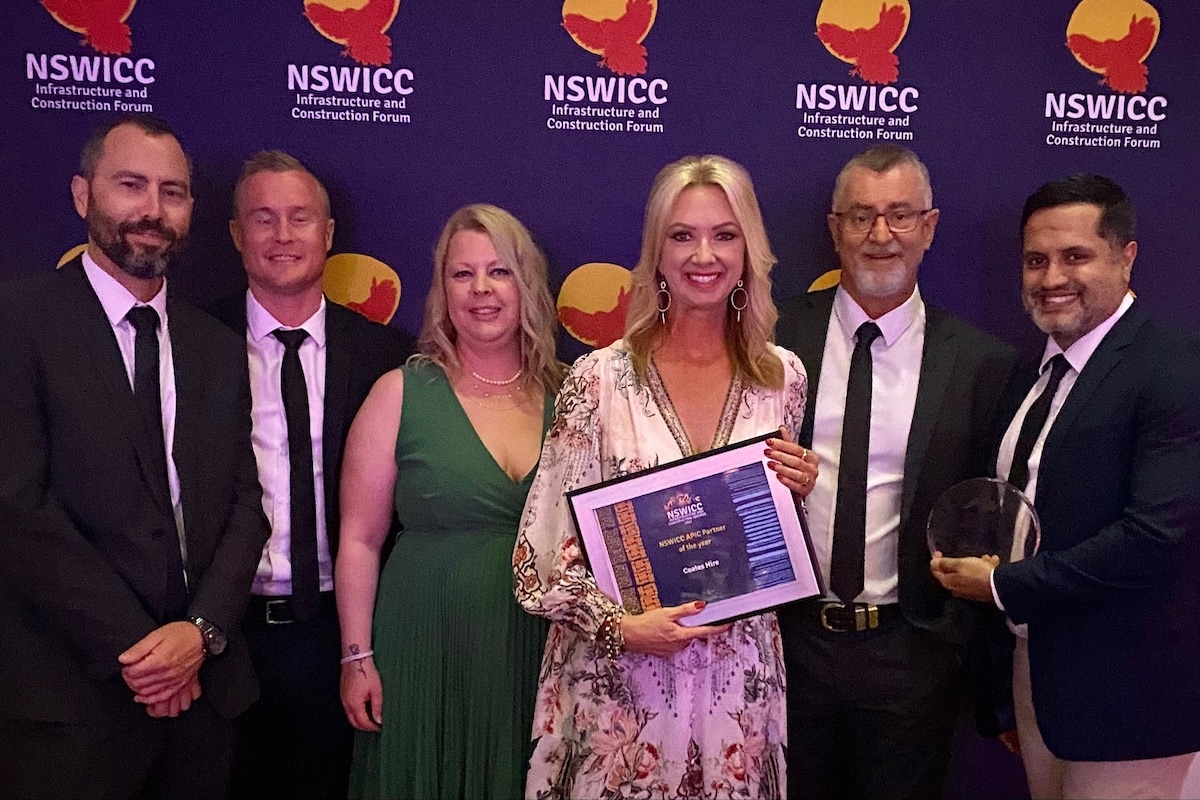 Coates has been honoured for its exceptional practise, leadership and innovation with First Nations people, businesses and communities, winning the APIC Partner of the Year award at the NSW Indigenous Chamber of Commerce (NSWICC) Infrastructure and Construction Awards.

Held last night at the Crowne Plaza in the Hunter Valley, the company was awarded the NSWICC APIC (Aboriginal Participation in Construction Policy) Partner of the Year Award and was runner up for the Outstanding Organisational Contribution to Indigenous Advocacy & Capability Award. Alana McCarthy – a second-year apprentice with Coates at its Beresfield branch – was also a finalist in the Indigenous Apprentice / Trainee of the Year Award.

“We are extremely proud of our work with First Nations people, communities and suppliers, and these awards are a validation of the incredible amount of progress we’ve made in such a short time,” said Murray Vitlich, CEO, Coates. “The NSWICC has seen us as a company that is dedicated to driving real change and positive progress with Aboriginal and Torres Strait Islander peoples and businesses, which is a great honour.”

In 2020, the company unveiled its first Reconciliation Action Plan (RAP), the Reflect RAP, and earlier this year announced its second RAP – Innovate.

Since the launch of the inaugural RAP, Coates has increased its First Nations employee representation by more than 300 per cent, to 37 Aboriginal and Torres Strait Islander employees. To achieve their reconciliation goals, the company announced a target First Nations employee representation rate of 2.5 per cent of total headcount across the business by 2025 and has already achieved a rate of 1.8 per cent.

“We have learned so much about First Nations histories, peoples, customs and protocols,” said Vitlich. “Through partnering with organisations such as the NSWICC, we’ve realised the genuine work that needs to be done to enact real change, and we are dedicated to continuing our commitment.”