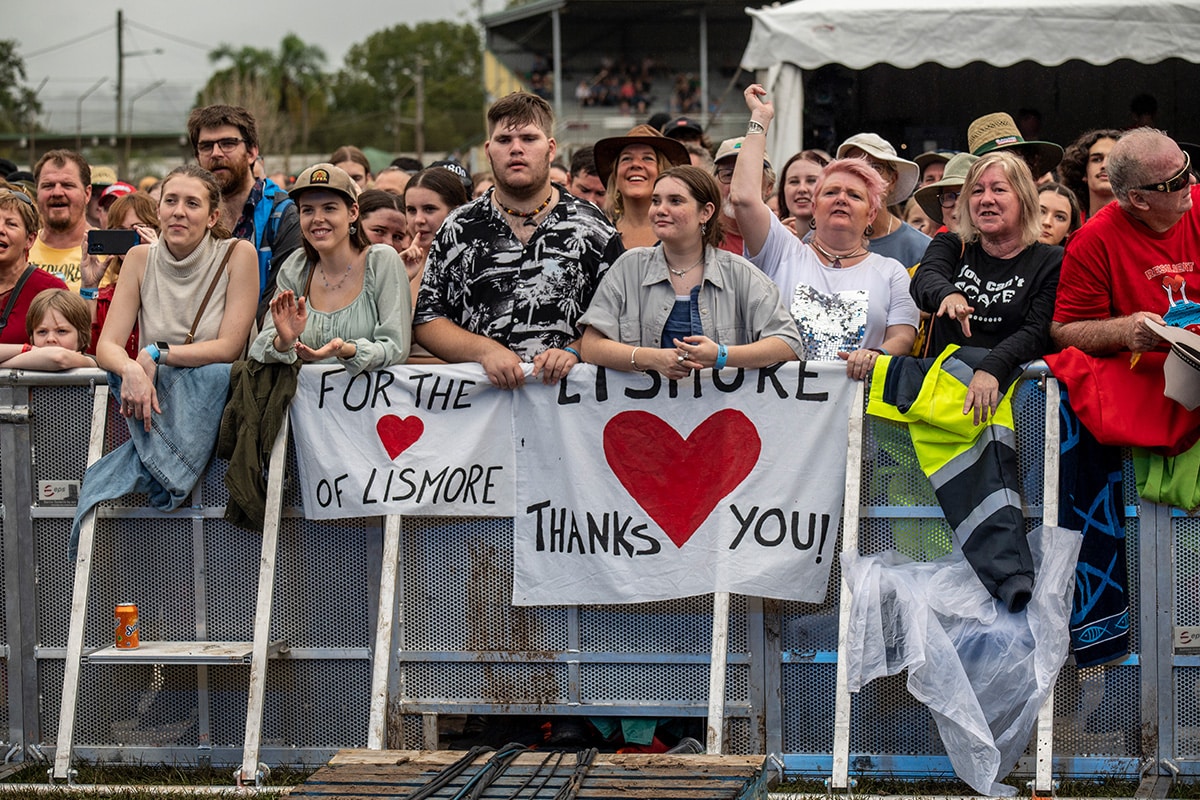 More than 10,000 people from flood-affected parts of Northern NSW attended Lismore’s flood relief concert, ‘One From the Heart’, yesterday at the Lismore showgrounds.

While the concert was organised to boost the morale of those affected by flooding it was also a thank you to the many people who have volunteered in assisting with the clean-up while also raising funds for the ongoing recovery efforts.

Coates, who has been heavily involved in dealing with the aftermath of the flood contributed to the event by providing in-kind equipment.

“It is great to be able to give back to this community, one that has been so wrecked by the flooding, in a way that brings a few hours of joy and fun but also assists with the slow path of recovery and rebuilding,” Jason Moore, Regional Sales Manager – Newcastle/North Coast at Coates said.

Organiser Mark Pope who, along with Michael Chugg, pulled the event together in around six weeks thanked Coates for its sponsorship.

“Without an organisation like Coates providing the equipment they did, we would have been unlikely to get this concert up and running in such a tight timeframe,” he said.

Twenty local Coates employees, undeterred by the mud, were able to attend the concert.

“I believe they had an amazing time and with that kind of line up, how could you not?” Moore said.