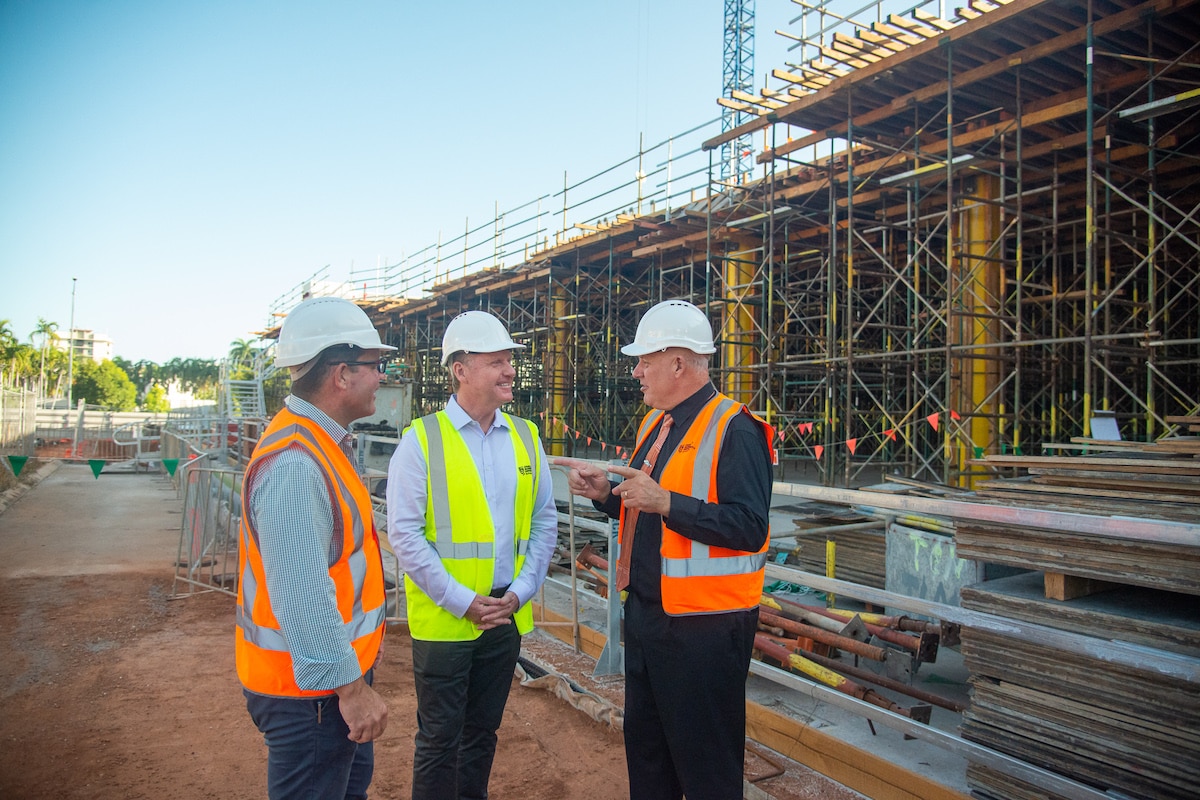 More than 8,216m3 of concrete and 86,450 hours of on-site labour have gone into the build across the project’s lifetime so far, with four floors now complete.

Concrete slabs have been poured for both basements and the first two levels, with formwork including lift cores and stairwells progressing to level three and scaffolding reaching level four. Both tower cranes and the concrete tower pump are now in operation.

CDU Vice-Chancellor Scott Bowman said the Education and Community Precinct was the largest construction project in Darwin and continues to support jobs and the Territory’s economy.

“This project has come a long way in a short period of time, we’re thrilled with how rapidly the project team are progressing works on site,” Professor Bowman said.

“The entire CDU community cannot wait to move into the building, which we know will be a major drawcard for international students, but also a vibrant community hub for the people of the Territory that will make our city an education city and more liveable.”

Ongoing works to complete the nine-level structure include installation of the external façade, the building’s fit out and landscaping works.

The Education and Community Precinct is the centrepiece of the Darwin City Deal – the partnership between the Australian and Northern Territory governments and the City of Darwin to invest in transformational projects that make more liveable, sustainable and connected cities.

NT Minister for Business, Jobs and Training Paul Kirby said the construction of the precinct would support the development and liveability of Darwin as the capital of Northern Australia.

“As the structure of the Precinct begins to take its place in the Darwin City skyline, we are seeing the delivery of a new modern learning environment that will enhance Charles Darwin University’s attractiveness as a study institution of choice,” Minister Kirby said.

“The precinct will provide spaces for the broader community to enjoy, spreading activity to more areas of the Central Business District.”

Construction is expected to be completed in early 2024.