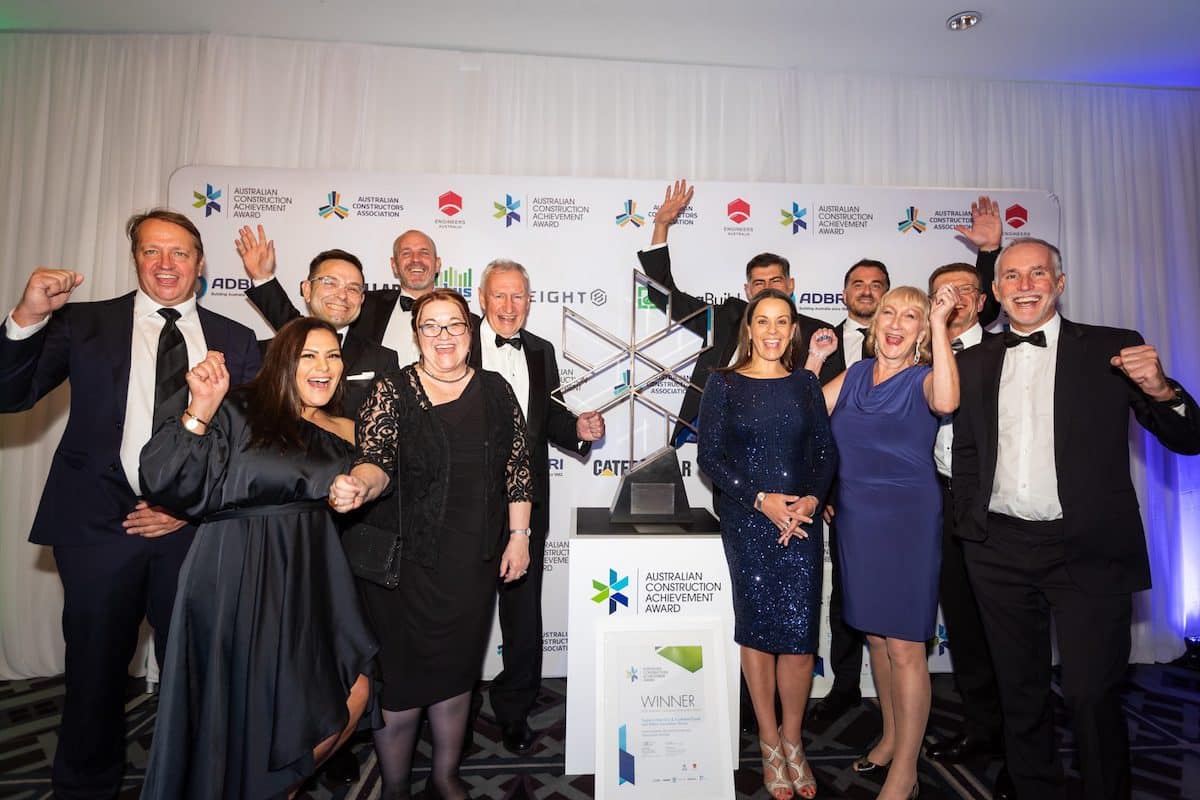 This year marked a 25-year history of the ACAA. The presentation event, held in Sydney on 4 May, was particularly special with over 450 people energised to celebrate the industry’s achievements. Iconic brands Adbri, Caterpillar, Cbus, InEight and InfraBuild headlined as the ACAA partners – all of whom were deemed part of the industry’s success stories.

With a focus on showcasing expertise in delivering complex and innovative solutions, the ACAA also highlighted the social and economic benefits of infrastructure projects. Projects selected as finalists were all delivered efficiently and in a way that nurtured worker wellbeing, improved the skills of the workforce and promoted environmentally responsible outcomes. Collectively, these features contribute to a more sustainable construction industry and are what makes the ACAA projects some of the best of the best.

Considered to be one of the most intensive award processes, this year’s finalists each underwent a two-stage assessment process by a panel of independent expert judges. Finalists were chosen from initial entries, followed by a detailed judging process by an independent judging panel.

Taking the win against an impressive line-up of finalists, the Sydney Metro City & Southwest Tunnel and Station Excavation (TSE) Works by John Holland, CPB Contractors and Ghella Joint Venture was announced the winner of the 2022 ACAA.

Labelled an ‘underground masterpiece’, the project was delivered in the heart of the busy Sydney CBD and included a whopping 15.5-kilometre twin rail tunnel, dive structures and six complex underground stations between Chatswood and Sydenham, including the first rail tunnels under Sydney Harbour.

The project, which achieved the highest ever ISC Infrastructure Sustainability rating, saw a team of 11,000 people work in challenging geotechnical conditions alongside heritage and live transport infrastructure.

The works were further complicated by the numerous existing infrastructure assets under the Harbour, mining under heritage buildings and the design and construction of massive bespoke formwork for an underground station that won international awards.

On the award night, Australian Constructors Association President, Duncan Gibb said, “Whether connecting communities, keeping them safe and sheltered or rebuilding after devastation, the construction industry matters in everyone’s lives.”

“The Award is about more than individual projects, it’s about a more sustainable construction industry, and this is what makes the Australian Construction Achievement Award the pre-eminent annual award.”

“I’m not a construction engineer by background, but I am constantly in awe of what the construction industry is capable of,” she said.

“I can’t help but marvel at the buildings and infrastructure we see nowadays, and I never stop admiring construction projects I walk or drive past, whether it’s the building of a light rail system or the magical task of building a skyscraper in an impossibly small footprint.”

The ACAA has been bringing together the best construction projects delivered by the top construction companies in Australia for 25 years.

Inside Construction looks forward to attending the 2023 ACAA presentation event in Melbourne on 3 May.