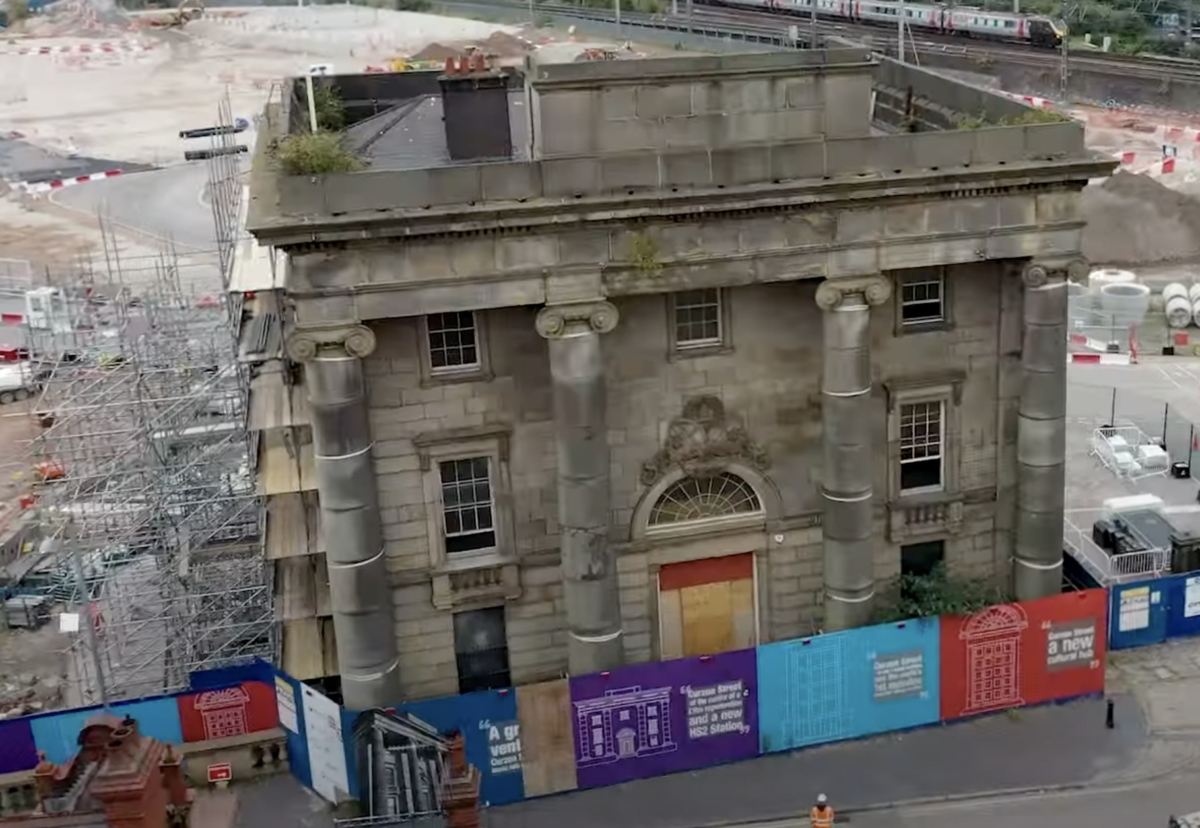 Main contractor Laing O’Rourke/ Murphy JV told its trade contractors to stand down yesterday because cash had run out.

A source told the Enquirer: “We were told that all works will cease due to funding running out.

“Refurbishment works are well advanced internally however funding could not be secured for external facade repairs we were told.”

The Grade 1 listed Old Curzon Street Station restoration project sits outside the HS2 railway building programme and is funded through a housing and regeneration grant rather than the HS2 Act.

The building is one of the world’s oldest surviving pieces of monumental railway architecture, designed by the notable architect Philip Hardwick and opened in 1838 as the Birmingham terminus for the London and Birmingham Railway Co line that connected to Euston Station in London.

Having suffered extensive damage during the Birmingham Blitz, and surviving two applications for its demolition in the 1970s, it is now listed on the ‘Heritage at Risk Register’ maintained by Historic England.

An HS2 spokesperson said: “During the current stage of the project our contractors working on the Old Curzon Street Station restoration identified serious unforeseen structural issues with the Grade 1 listed building.

“We have temporarily paused the restoration project while we work with our partners and funders to identify further heritage funding to fully restore this iconic landmark for the city.”

The refurbished station will be used as an HS2 visitors centre, with flexible facilities for office space, exhibition purposes and catering.