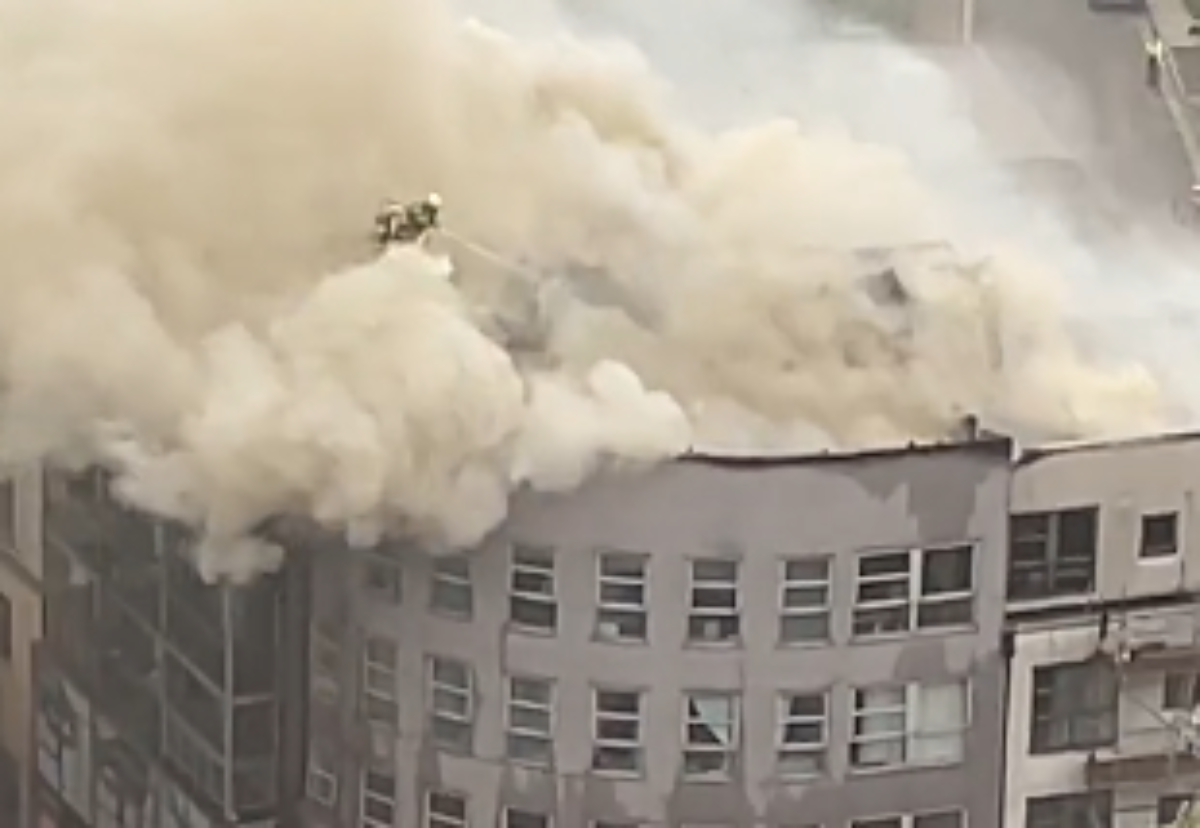 Around 13 people fled the building before the Brigade arrived. There have been no reports of any injuries.

Local residents said building work had been underway on the roof before the blaze.

The #Deptford roof fire was exceptionally challenging due to the fire being behind voids and difficult to access. The fire was declared under control before 1am this morning. Crews remain on the scene damping down hot spots https://t.co/VWf0OpMbxH https://t.co/bWHqas26yU

Station Commander Ian Smith, who was at the scene said: “This was an intense fire located in the roof of the building and fire crews worked hard in challenging conditions.

“The fire was behind a number of voids which meant access was difficult and led to this being a very protracted incident. The whole of the roof was damaged by the blaze.”

Firefighters remained at the scene throughout the night damping down any hot spots.

The cause of the fire is under investigation.