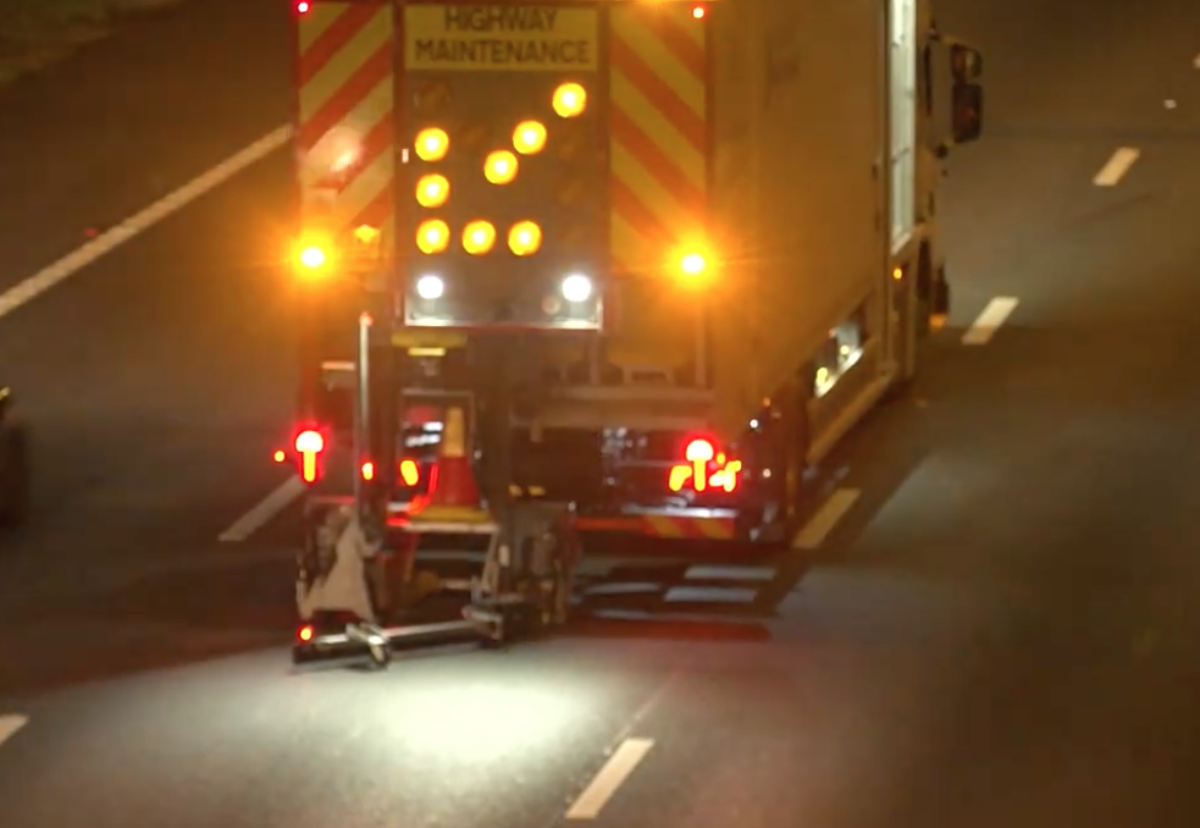 Cone laying poses one of the biggest risks facing road workers and there has been an industry-wide push to try and tackle the number of annual accidents.

The vehicles can lay or collect a cone in under ten seconds, removing the need for workers to manually lift up to five tonnes of equipment per shift.

The Falcon ACLM has been developed and supplied by Highway Care and Switzerland-based technology partner SENN Engineering.

It is currently being used across Balfour Beatty’s Connect Plus Services’ consortium, which operates and manages the M25 and its key arterial routes on behalf of National Highways.

“This is yet another example of the investment Balfour Beatty has made to transform how we work on our roads, showing that we continue to lead the charge in setting a new standard for safety.

“We hope the machines will radically improve the lives of Highways workers by reducing their direct exposure to a live road environment – demonstrating our commitment to achieving Zero Harm and to sending our people home safe and well every day.”

Martin Bolt, National Highways Head of Lean and Continuous Improvement said: “We are continuously looking at ways to innovate and pioneer new products that improve safety on the road for both road workers and users.

“The Automated Cone Laying Machine takes out the human element in the laborious task of putting out cones as well as eliminating an element of potential risk. It also frees up workers who can be redeployed to other traffic management duties.

“Working closely with our partners we are proud to have been able to create an innovative vehicle that would make this happen and are delighted to see it now being rolled out by Balfour Beatty.”

Ben Duncker, Highway Care Business Development Director said: “We are very excited after three years of development in collaboration with National Highways and stakeholders such as Balfour Beatty and Connect Plus Services, to see the first production vehicles arriving on the M25 network.

“We now look forward to the machines making the desired impact and improving the health, safety and wellbeing of traffic management operatives.”