Allianz Stadium comes out on top at ASI awards night 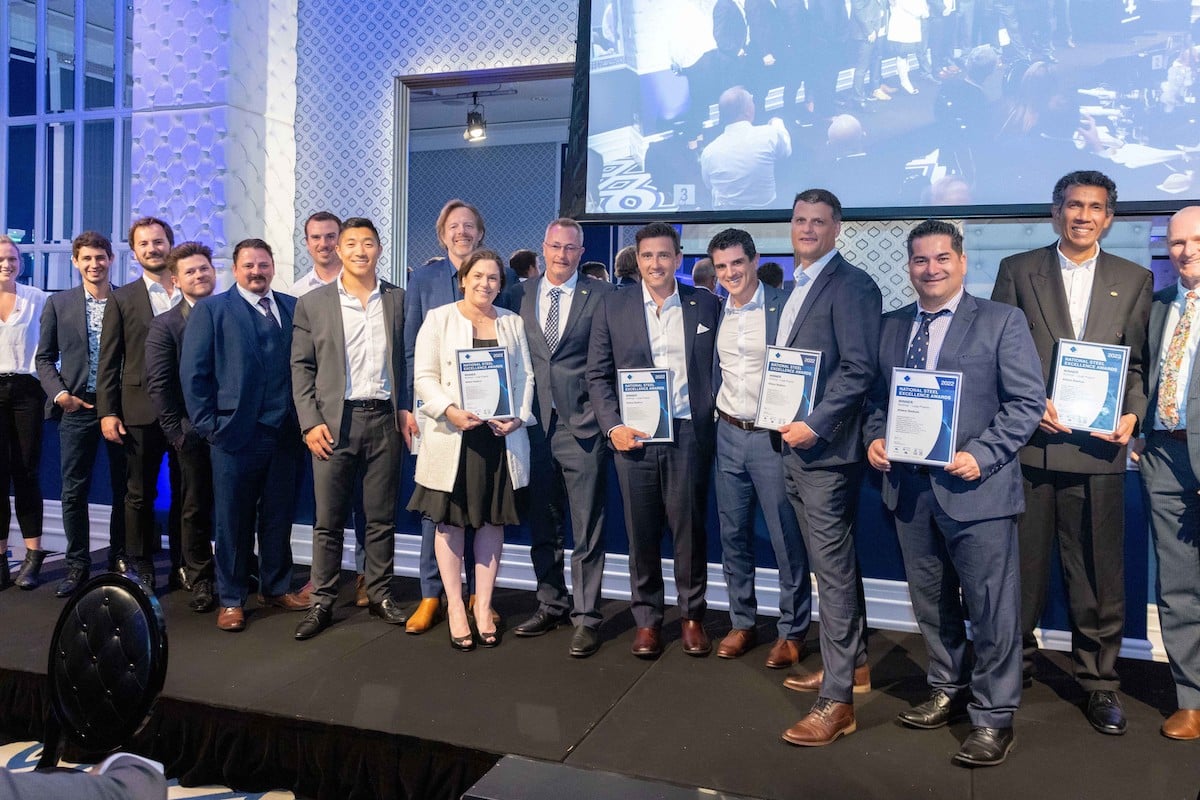 The gala awards dinner held at Doltone House in Sydney brought together 26 state and territory winners (from an initial field of 85) for the announcement of the national winners in six categories:

Allianz Stadium was named the 2022 winner in the Buildings (Large Projects) category. Submitted by consulting engineers Aurecon, the $874 million sports arena was recognised for its clever use of steel engineering. Aurecon said 85 per cent of the modular steel work for the stadium roof was put together on the pitch and lifted into position, minimising time at heights and enhancing safety. The award recognised effective collaboration and teamwork between Aurecon, construction partner John Holland and the steel supply chain.

Gratton Street façade was named the Innovative Cold Form Steel Building category winner. Submitted by Melbourne-based light steel frame manufacturer Dynamic Steel Frames, the Victoria project boasts innovative use of light gauge steel framing on a building raked back from the street to allow additional light. The design allows deflection in the slab through scalloped floor joists over the edge of the slab and bracketry inserted on site for ease of construction.

Shannon Kieran from the NT was named the Young Designer/Detailer/ Tradesperson winner. Employed by consulting engineers Aurecon, structural engineer Kieran was recognised for her design work on among other things the Charles Darwin University education and community precinct project. Kieran said she is passionate about promoting the work of young engineers.

Central Railway Station’s northern concourse roof was awarded a Special Judges Commendation in Engineering. Submitted by Alfabs Service, the NSW project saw the roof fabricated in modules and erected without the need to rely on the existing heritage-listed building for support