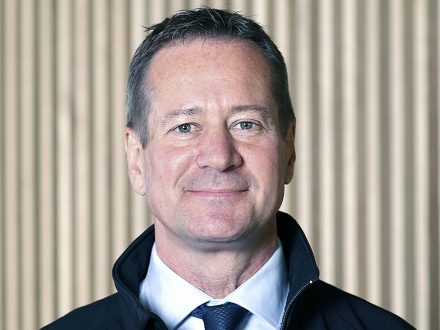 The Confederation of Forest Industries (Confor) recently warned that the UK faces declining supplies of homegrown wood due to a lack of productive tree planting. With the country needing to import more than 80 per cent of its wood requirement, the UK could be sleepwalking into a timber shortage in the not-too-distant future. We need to urgently move productive tree planting up the agenda.

The UK is the world’s second-largest importer of wood after China, importing about £7.5 billion annually. This is because the UK currently grows only about 20 per cent of its wood requirement, leaving it exposed to a very significant balance (80 per cent) that must be imported.

The World Bank estimates that global demand for wood products will treble by 2050, driven by an increasing population, which will rise from today’s 7.8 billion to 10 billion in less than 30 years.

Globally, the security of supply of natural resources is currently under threat from geopolitical upheavals, such as the Russian-Ukrainian crisis and soaring energy prices. While the UK might not be affected directly by Vladimir Putin’s invasion of Ukraine – Russian timber imports into the UK are relatively small overall, at only 1.25 per cent – Russia remains the world’s largest supplier of timber.

“Even before the Russian invasion, 2021 was a year when demand for wood outstripped supply and timber prices rose significantly”

With potentially longer-term economic sanctions being placed on Russian exports, there will inevitably be significant disruption to supply chains and price hikes. There will be pressure on countries typically supplied by Russia, Ukraine and Belarus to seek building material imports from other sources, including those Scandinavian countries that the UK relies upon so heavily.

Even before the Russian invasion, 2021 was a year when demand for wood outstripped supply and timber prices rose significantly, leading to rising construction costs and delays in completing projects.

While the upward trend in UK and global demand for wood is clear, the UK government’s forecasts show that supplies of homegrown wood will fall from the 2030s, meaning there will be less wood available in future than there is now.

The UK has ideal conditions for growing wood to build low-carbon homes and is a global leader in certifying that its forests are sustainably managed, yet while the government has stated its ambitions for more tree planting, there has been little action on the ground outside of Scotland. Confor is now calling for much greater impetus behind these aspirations to ensure we have enough wood to help meet increasing construction demand.

Most of the land that could be planted with trees is currently agricultural. Much sheep farming is marginal and reliant on public subsidies continuing. Confor has noted that diversifying land use by the greater planting of productive trees will help more farms to become viable while helping the farming sector to contribute to net zero.

The situation has also, on occasion, been made more challenging by vocal concerns expressed by certain environmental interest groups campaigning for native broadleaf tree planting only. This ignores the considerable biodiversity benefits that can be provided by planting mixed woodland in accordance with strict standards for forest design.

Confor believes a step-change is needed in attitudes towards productive tree planting, which, if achieved, will enable the government to meet its own tree-planting targets and its ambitions to use more homegrown timber in construction – without one, you can’t achieve the other.

Achieving this will require the government to communicate the benefits of productive woodland for the building of more energy-efficient, low-carbon homes and carbon sequestration, as well as biodiversity and flood control, in order to combat the misconceptions that hamper productive tree-planting applications.