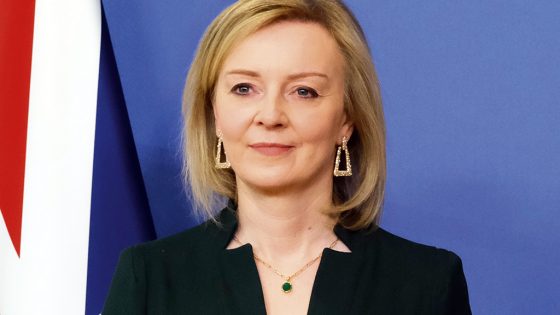 Construction leaders have demanded political stability as the country prepares for its third prime minister in under two months following Liz Truss’s resignation.

Truss said a leadership election would be completed within a week, as she handed in her notice outside Downing Street on Thursday lunchtime.

Pressure had been mounting on the prime minister in recent days, with senior ministers exiting and growing calls for a change at the top.

Federation of Master Builders chief executive Brian Berry called for “someone with a stronger mandate from the Conservative party to lead the country”.

He said it had “become clear” that Truss – who came to power just 45 days ago – had lost credibility.

“The time was up and it is fortunate that she has now resigned,” he said. “It paves the way for greater stability in the months ahead.

“Hopefully, there will be someone with a stronger mandate from the Conservative party to actually lead the country – firm and honest leadership is needed to tackle national problems rather than those of the party.”

While admitting it would be a challenge to find someone commanding the respect of the whole party, Berry said there were many Tory MPs who would “see that the national interest has to come first”.

“They have the opportunity to save something from the wreck caused by the last 45 days,” he added.

“Business and the construction industry need certainty and a clear direction forward to stabilise the markets and provide confidence for householders, consumers, and the financial markets.

“The biggest thing for small local builders is having confidence in the economy. It is about interest rates – if people can’t afford mortgages they won’t have building works done to their homes.”

“Business only thrives in a stable environment, and our members need certainty to plan for the future,” he said.

“Many firms in the electrotechnical industry are already facing labour shortages, soaring energy prices, and an ongoing shortage of materials. We need long-term solutions, such as investment in skills and training and clarity about net zero incentives, to give our members confidence. Short-term fixes and short-lived governments only add to the headaches facing hard-working contractors.”

Timber Development UK urged the next premier to keep as many key ministers in place as possible.

Chief executive David Hopkins said: “Our hope is that a new prime minister does not mean a major reshuffle and yet another reset in ministerial appointments crucial to the construction industry. Following the UK’s commitment at COP26 to a 68 per cent reduction in carbon emissions by 2030, a consistent policy environment is more important than ever.

“Political instability does no one any favours and it is vital we establish a stable government as soon as possible. In particular, we can’t let political turmoil damage crucial progress towards a net-zero construction industry following so much progress and investment in the past decade.

“This is an issue to which every part of the timber sector is currently committed and we have had positive conversations with new ministers only recently about how our sector can contribute to critical carbon reduction targets.”

But the pound slumped shortly after, the cost of government borrowing rose and Kwarteng was replaced by Jeremy Hunt, who abandoned most of Kwarteng’s flagship plans earlier this week.

Chief executive of the Association for Consultancy and Engineering Stephen Marcos Jones said the events of the past few weeks had “made it almost impossible for businesses to plan, further compounding the macro-economic challenges we are facing”.

He added: “It is vital that the process to appoint a new prime minister is both decisive and swift, and that we return to a more measured political environment, which gives businesses full confidence in the decisions taken by our government.

“With this in mind, we hope that the positive steps on expediating 100 infrastructure projects, the intention to simplify the planning process, and the establishment of new investment zones – previously announced in the fiscal statement – are maintained by Hunt and the next prime minister.”

“We have just seen the appointment of the eighth construction minister in four years and will now be looking to appoint the country’s fifth prime minister in six years,” he said.

“What we need is a fresh approach with an emphasis on stability, consensus, and growing confidence. The government should forget about election prospects and work on behalf of the country, not the party. In business, if you make a mistake then you admit failure, get up, dust yourself off and move on. We need sound economics looking forward with a new leader, not backward.”