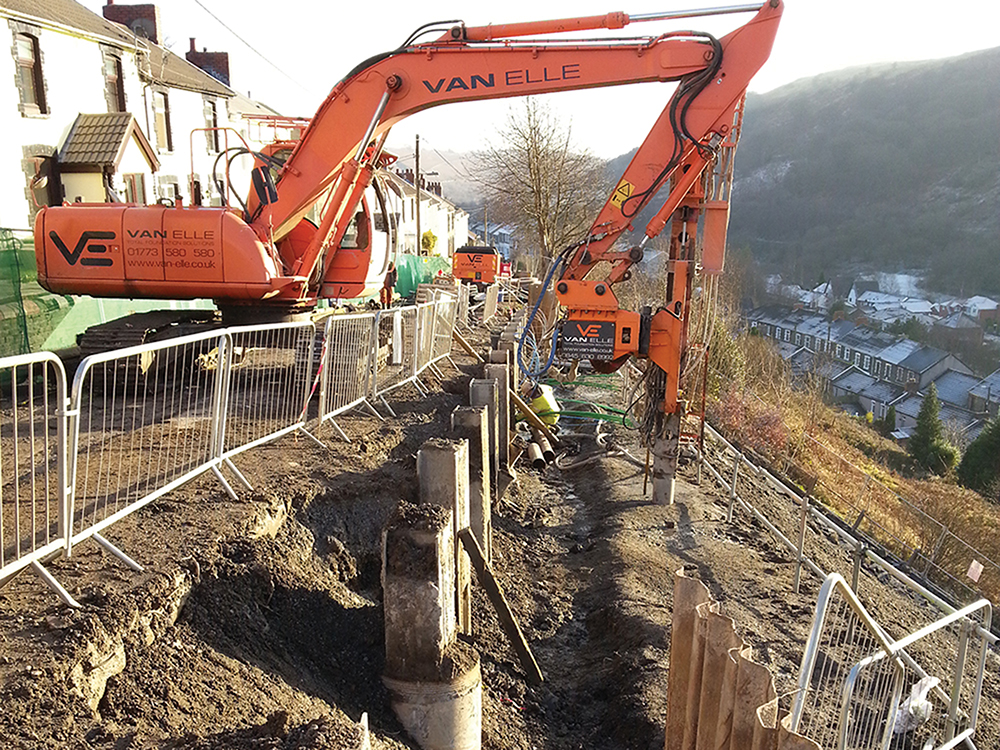 This year’s index shows a healthy picture for the ground engineering sector, largely underpinned by the ramping-up of HS2. A strong bounceback from last year’s COVID-blighted index saw turnover fall at just three firms, while profit was up at all eight of the contractors that have published new accounts since the last edition.

The average margin in the sector rose to 3.4 per cent and was the joint third highest of the seven specialisms. It had been the worst-performing sector in last year’s index, when it stood at -0.3 per cent. The turnaround is stark when looking at the cumulative amounts for the top 10. Total revenue rose 21 per cent year on year to £646m, while aggregate pre-tax profit hit £24.4m, compared with just £1.8m last year.

Van Elle retained its place at the top of the leaderboard thanks to a 48 per cent revenue rise to £124.9m. Second-placed Fugro, meanwhile, saw a drop of 10 per cent (to £120.8m), albeit sitting within touching distance of the summit.

Fugro replaced O’Keefe Construction, which collapsed into administration in July – the only firm that featured in the 2021 Specialist Index to do so. Loss-making O’Keefe had previously entered a company voluntary arrangement in a bid to prevent its collapse, but defaulted on its payments. The company’s assets were subsequently acquired by Byrne Group.

The bounceback from the pandemic has seen capacity in the sector struggle to keep pace with burgeoning demand. The government drive to ‘build back better’ from the pandemic meant infrastructure projects – in particular HS2 – boosted the sector at the same time that pent-up private demand was released quicker than many anticipated. The increase in work has driven rising headcounts – Aarslef’s accounts, for example, reported a 24 per cent increase in its headcount, from 161 to 199, over the year.

But the boom is not all good news, according to British Drilling Association chair Paul McMann. “Before HS2 peaked, there was a 10-day turnaround for labs testing ground samples,” he says. “After HS2 got going, it rose to eight to 10 weeks.”

“Our adaptability is our strength. The majority of companies go from road to rail to wind – we have an inbuilt robustness”

McMann believes the ground engineering sector is better protected from financial turmoil than some other specialisms, due to its ability to provide services across all development sectors. “Our adaptability is our strength,” he says. “The majority of companies go from road to rail to wind – we have an inbuilt robustness.”

Retaining a diversity of clients is easier for the bigger firms. Van Elle’s recent approach is to expand into longer-term projects with infrastructure and large frameworks, while also doing smaller jobs for long-standing clients. “We don’t want to put all our eggs in one basket,” says the firm’s preconstruction director Matt Love.

Smaller firms, meanwhile, face tougher choices – if they feel forced to take the opportunities offered by longer-term jobs on big projects, they face the task of rebuilding their lost customer bases once those jobs eventually wind down.

Looking ahead, firms say that infrastructure and the drive towards net-zero carbon emissions – particularly the installation of heat pumps – provide hope of protection from the worst of any coming economic downturn.

Notes: data in this year’s index gathered  from accounts filed prior to 24 October 2022 | Bachy Solentache, Roger Buillivant: no new accounts since 2021 edition