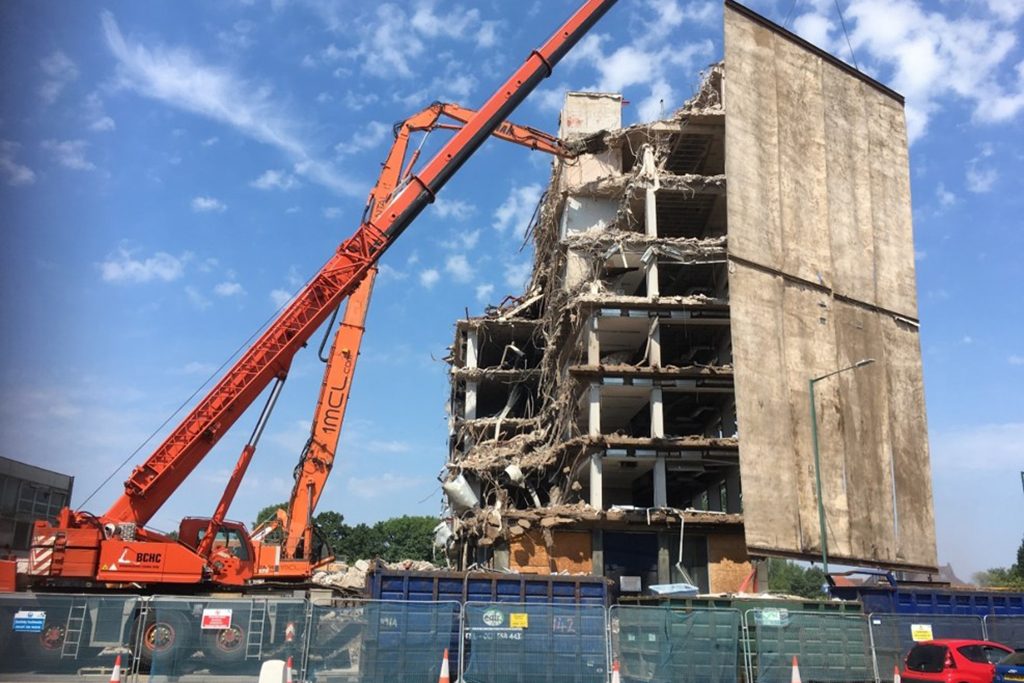 Fortunes were mixed for demolition specialists in this year’s index, while an admission of historical bid rigging hit a number of the sector’s big names. Aggregate turnover was relatively flat year-on-year, although seven of the top 10 contractors reported a rise. Pre-tax profit grew slightly to a cumulative £19.8m.

Keltbray reported the biggest revenue rise, from £149.4m to £175.6m – an 18 per cent increase and a major improvement on the 38 per cent revenue drop in last year’s index.

Four contractors, including Erith – last year’s number one – reported revenue growth of 1 per cent or below; three reported negative growth.

Keltbray, this year’s top contractor by revenue, reported a loss for the second year running, which its accounts attribute to an “exceptional provision” of £7m from a historical civil regulation matter arising under previous management. It stepped away from several bids in London after aggressive pricing forced margins below acceptable thresholds. Erith attributes its drop in turnover to “wider market conditions” and predicted flat growth for 2022.

Earlier this year, Keltbray was one of eight demolition specialists to admit involvement in at least one instance of bid rigging between 2013 and 2018, following a cartel probe by the Competition and Markets Authority (CMA). Brown and Mason, McGee, John F Hunt, DSM, Cantillon, Clifford Devlin and Scudder were the others. Two more demolition specialists – Erith and Squibb – are under investigation by the watchdog but have not admitted any involvement in the practice. Three of the contractors in this year’s top 10 committed money towards addressing the probe in their latest accounts.

Keltbray said its liabilities for a “civil regulatory matter” could add up to £16m; John F Hunt’s accounts identified a provision of £5.6m to deal with “isolated historic regulatory breaches”; while McGee tabled a £2.4m liability but said its use was considered “unlikely but possible”.

The CMA issued provisional findings in June, but at the time of going to press had yet to conclude its investigation or issue fines.

The median average margin in the specialism was 3.4 per cent, a rise on last year’s 2.5 per cent. Five firms reported improved performance across the board with increases in both revenue and pre-tax profit: PP O’Connor, Keltbray, McGee, Deconstruct UK and Cantillon.

PP O’Connor attributed its financial performance to the opening of a new headquarters, workshop, compound, the addition of £5m in plant machinery, and 22 additional vehicles in its fleet. “Our growth is extended via our forward-thinking recruitment programme, which has grown at pace, creating 30 new roles since 2020,” a spokesman says. “This ensures we have the right team in place, which we believe is the formula to sustained growth.”

This year, more demolition companies issued breakdowns of their different activities than had previously done so in their accounts, and non-demolition activities were excluded from the index where possible. This meant R Collard just missed out on a place in the index.

Group managing director Robert Collard tells CN that the past three years have been “very challenging”, largely due to COVID-19. “This has made clients increasingly nervous with last-minute changes to start dates and cancellations,” he says.

During the period, the company redeployed many staff to its waste and recycling business, he adds.