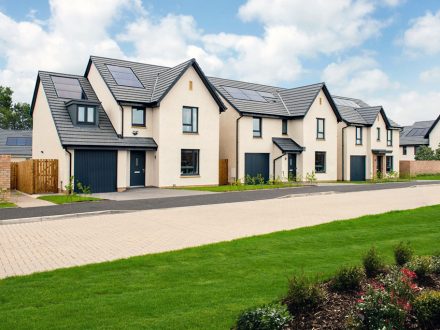 During the week in which the Bank of England increased interest rates and warned of 11 per cent inflation, the built environment considered how this would affect wages and projects within the industry.

Construction output was reported to have fallen for the first time in months, but there was some good news around complete house projects in Scotland.

Inflationary pressures on buildings are expected to peak at 8-10 per cent in London and the regions, with an increase of 10 per cent in infrastructure, Arcadis predicts.

Disruption caused by the Ukraine war, seen in both material prices and risk allowances, has resulted in the group upgrading its inflation forecast for this year.

It said the war had added an additional 3-5 per cent on to the cost of typical projects, but noted the industry’s workforce grew by 4 per cent last year.

Supplier shortages associated with timber and other products also eased.

Looking ahead, Arcadis predicted that the industry’s wage award was “likely to be the main inflationary driver” over the next three to six months.

It said: “Looking towards the end of 2022, with the potential for a slowdown in project starts, wage pressure could temporarily fall. However, over the extended forecast period we retain our view that labour costs will be the primary driver of above-trend inflation.”

Output decreased by 0.4 per cent in April, or £58m, after a dip in the level of repair and maintenance work; the sector has enjoyed a positive spike after the major storms that hit the UK in February.

It was the first monthly decline since October 2021, however. The ONS revealed that output rose by 2.9 per cent in the three months to April.

Overall, the level of construction output in April was 3.3 per cent, or £481m, above the February 2020 pre-pandemic level.

There was good news in Scotland as the country saw the number of completed housing projects increase.

Government data presented by Homes for Scotland showed the rate of completed homes in the year ending September 2021 was 26 per cent higher than in the previous 12 months.

Housebuilding in Scotland was affected heavily during the pandemic. But data shows more than 20,000 houses have now been finished, helping the Scottish government towards its 50,000 affordable homes target.

There was a 44 per cent drop in recorded housing association approvals, however.

Homes for Scotland chief executive Jane Wood said the results were welcome, but there was still “a very long way” to go.

Both the private housing and commercial building sectors recovered in May, according to monthly analysis by the Royal Institute of British Architects (RIBA), but concerns about project cost rises are emerging.

Over the next three months, 29 per cent of practices expect workloads to increase, but 56 per cent expect them to remain the same. Only 16 percent anticipate a decrease.

More than one in 10 practices expect to employ more permanent staff. However, inflation and subsequent rising project costs have started to affect business.

RIBA head of economic research and analysis Adrian Malleson said: “Architects appear optimistic about workloads and practices plan to recruit. However, some practices report the effects of project cost inflation, enquiries failing to translate into appointments and projects [being] cancelled as costs become clearer to clients.”