Supply-chain update: how the gender split in construction is faring 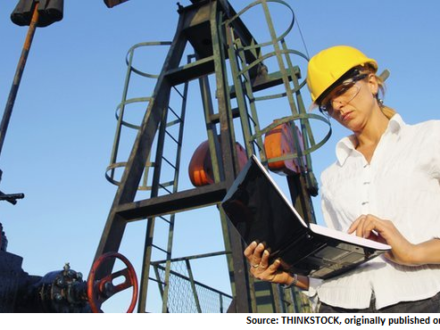 As the built environment tussles with a skills shortage, questions have again been asked about what the sector is doing to boost the number of women working in it.

Two million women have joined the construction workforce over the last decade, while the number working in engineering has grown by five per cent. However, they still make up only 1 per cent of all tradespeople, according to ONS data.

Government policies, entry schemes and campaigns against gender-based discrimination have all been launched to attempt to address the issue, but is it working? Various stakeholders presented their updates amid International Women in Engineering Day (23 June).

Women now make up 16.5 per cent of the UK’s engineering workforce, compared with just 10.5 per cent in 2010, while the number of women working in engineering roles has risen from 562,000 to 936,000, according to research by EngineeringUK.

Petford said: “The adoption of modern methods of working and the emergence of Big Data and digital design techniques, along with the rapid advancement of building services technology, mean the sector desperately needs more talented young people with new skills and from a much wider background.”

She also said it was important to build on the momentum that was picking up.

This week, the Department for Work and Pensions (DWP) announced that 1,000 women had found jobs in construction or engineering because of schemes aimed at attracting them into the built environment.

The programmes were launched with the help of Women in Construction, a gender charity that has been active since 2008.

Under the initiative, jobseekers who had not considered a path in construction were given options in the industry, alongside mentoring and support. The employment programmes were focused in London, Birmingham, Cambridge, Norfolk and Essex.

Amanjeet from Birmingham was one of those who took part in the scheme and has since progressed up the ladder at HS2, thanks to the support. She had previously been able to secure a work placement with Balfour Betty because of her involvement on a government programme.

Employment minister Mims Davies said: “Almost 2 million more women are in work than in 2010, and while our work coaches are focused on getting people into jobs, they are also doing great work supporting people to increase their hours, lift their income and progress.”

One-third of people would prefer to hire a female tradesperson, according to research carried out by the Chartered Institute of Building (CIOB).

The poll of 2,000 adults found that one in three would rather hire a female tradesperson, with respondents saying it could make them feel “more at ease”.

However, of all skilled trades professionals working in the UK construction sector – such as joiners, bricklayers, electricians, plumbers and carpenters – only one per cent are women, according to ONS data.

“Bringing more women and others from groups that are currently underrepresented into the industry is vital for the sector’s success, and Tradeswomen Building Bridges is an inspiration to us all,” she added.

“In order to get more women into the industry, we must fight discrimination on sites and amongst employers, and stop perpetuating the stereotypes that divide up job roles according to gender. This will only happen if we place this issue higher up the political agenda and provide it with a greater focus,” she said.

What can firms do amid rising material costs and inflation?

Port strike could cause ‘huge disruption’ to supply chain