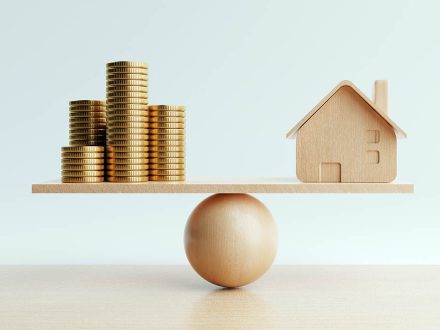 In this week’s supply-chain round-up, we look at construction firms’ woes with cashflow issues. There is also an update on material prices, which are increasing, while Leeds looks likely to become an inflation hotspot.

One in five UK manufacturing and construction businesses are concerned they will not survive the current economic turbulence, Equals Money warned.

A total of 19 per cent of businesses in the manufacturing and construction sector said they were pessimistic about their chances of riding out the financial uncertainties being caused largely by rising energy prices and inflation.

Almost 90 per cent of senior business leaders surveyed by the international business payments provider said they were contending with cashflow issues. The main culprits for this pressure include:

Close to three in five also admitted that running costs had increased over the past two years of the pandemic.

Equals Money managing director Simon England said: “Cashflow is vital for any business, but especially for manufacturing and construction firms, which have so many upfront costs before they can start projects.

“Already squeezed margins dictate that outlay is pegged to the minimum, but this is very difficult in an inflationary environment.”

The Construction Leadership Council (CLC) has reported to members that construction material prices have soared by more than a fifth since the start of this year.

It said that average inflation for products so far this year has reached 23 per cent, with energy-intensive products such as insulation, cement, concrete and many steel products rising further.

More price hikes are anticipated for later this year, according to the council, which said rising energy costs were bound to have an impact on prices.

But there was some good news as the council’s monthly update said a number of key products had stabilised due to easing demand on stocks.

CLC co-chairs John Newcomb and Peter Caplehorn said: “Concerns have arisen that volatile inflation has led to the failure of relevant indices to reflect market reality.

“Recruitment, retention and related wage inflation continue to present serious concerns across UK construction, and may supplant product availability issues in 2023, among the key risks facing the industry.”

Leeds will be the UK city hardest hit by construction cost inflation, according to predictions by Turner & Townsend (T&T).

In their annual international market survey, the consultants found that costs would rise by 10 per cent in the Yorkshire settlement – the only UK city estimated to reach double figures.

The main reason was the significant residential and commercial projects in the area.

Inflation is expected to reach 9.5 per cent in London, and 9 per cent in both Manchester and Birmingham.

Despite the cost inflation, Leeds was still judged to have the lowest prices for several materials, such as concrete blocks.

T&T UK managing director of cost management Martin Sudweeks said: “With inflation expected to increase across all major UK markets this year, businesses will need to focus on careful planning.”

The latest Builders Merchant Building Index (BMBI) report reveals that the value of builders’ merchants’ sales fell by -0.9 per cent in April, compared with the same month of 2021.

It is the first decline since January 2021. Price inflation of +17 per cent helped to mitigate April’s -15.3 per cent drop in volume sales, compared with April 2021, the update said.

Six categories did better than merchants overall, with kitchens and bathrooms performing best (+15.8 per cent). Landscaping (-14.1 per cent) was the weakest.