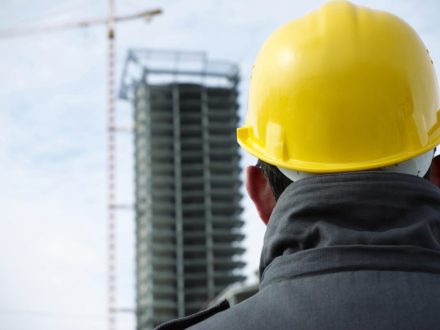 Monthly construction output fell by 1.4 per cent in June after seven months of consecutive growth, prompting fears that wider economic turbulence is starting to “squeeze” the new projects pipeline.

Figures published by the Office for National Statistics (ONS) showed that the decline experienced in June was largely down to falls in new work (2.0 per cent) and repair and maintenance (0.2 per cent).

It is the first time since October last year, when output fell by 0.9 per cent, that the figure has shrunk after consecutive months of growth.

Specific sectors which contributed to the slump included private new housing and private commercial new work, which decreased 6.1 per cent and 4.5 per cent, respectively. Five out of the nine sectors saw a decrease.

However, the report noted that the figures for June may have been disrupted by the events surrounding the Platinum Jubilee, as well as the shift of the May bank holiday which led to two fewer working days in June but one extra in May. May’s output figure was revised up from 1.5 per cent to 1.8 per cent.

There was more worrying news for construction as the ONS published separate figures for total construction new orders in the second quarter of this year. They had decreased by 10.4 per cent, or £1.36bn, in April to June.

This was the largest quarterly fall in construction new orders since the fourth quarter (Oct to Dec) 2020 when the figure fell by 11.7 per cent, according to data provider.

Prices for new construction work rose by 9.6% in the 12-month period to June this year, the strongest annual rate of construction output price growth since records began in January 2014.

“Only the most optimistic observer would dismiss the switch from 1.8 per cent growth in May to a 1.4 per cent contraction in June as being solely down to building work stopping for the extended Jubilee weekend,” Belsham said.

“Weakening sentiment in the wider economy is starting to squeeze the pipeline of new construction work. The total value of new orders placed shrank by 10.4 per cent between the first and second quarters of 2022.”

Last month, a total of 23 construction-related businesses collapsed into administration, climbing from 15 in the previous month. Belsham said this, in addition to increasing construction prices, did not make for an ideal environment for new work.

He added: “With construction prices rising by 9.6 per cent in the year to June, their fastest level since records began, the combination of inflation and the rising risk of contractors going bust on the job is not a happy one – and formerly strong investment cases are being tested as increasing numbers of developers pause for thought before committing to build.”

Commenting on the construction output data, Kelly Boorman, partner and national head of construction at RSM UK, said: “While there has been a slight decrease in monthly construction output, the significant fall in new orders in Q2 of 10.4 per cent (£1.36bn) shows that activity in the sector is now slowing down, highlighting how activity had been driven by a backlog of work brought about by the pandemic.

“While this had previously provided the industry with short-term business certainty, the sharp fall in quarterly new orders coupled with the 9.6% increase in the annual rate of construction output prices reflect the impact of soaring energy prices and inflationary material prices, with many businesses now retendering their projects and bringing new work to a halt.”

She added: “Along with the challenges of a slowing pipeline and new work orders, the industry has seen a significant number of administrations, as businesses contend with global supply chain issues and look to retender their projects to combat inflation and cash flow challenges.”