M&E firms feel financial pinch of being last on site 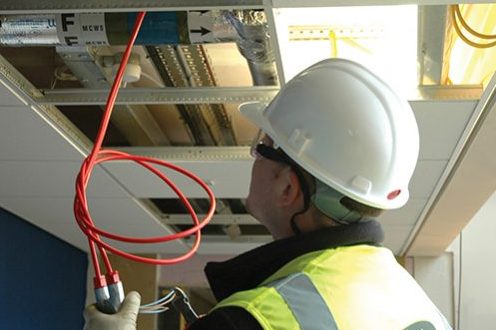 A string of administrations among mechanical and electrical (M&E) firms could be down to teams entering sites last – making them more susceptible to project cancellations, a construction expert has warned.

Earlier this month, Construction News reported that 43 per cent of construction firms that went into administration in July specialised in the M&E sector.

However, a construction sector specialist has suggested the high number of M&E collapses in recent months could be down to the time at which they enter construction sites.

Interpath Advisory construction sector specialist Neil Morley said delays and cancellations were felt more by contractors involved at the later stages of projects. This is because those working on the later stages of builds were more likely not to begin work if schemes were pushed back or cancelled.

Morley noted that many firms were experiencing a domino effect, caused by recent cancellations, with firms having their cashflow as well as their operational planning wrecked by delays. Carrying out work after others also meant M&E firms were far more likely to bear the brunt of claims against a project, he added.

Suggesting reasons for high numbers of M&E firms collapsing, Morley said: “[These contractors] are often prone to getting a lot of snagging claims against them, because when they go in, there’s an increased risk of them on a project potentially damaging or impacting on work that’s already been completed.”

Morley said labour shortages had led to wage inflation and that it was expensive to train these workers. Meanwhile, those that did end up investing in training were struggling to retain these highly-sought workers. Many are seeing workers jump ship for better pay, he added.

The M&E MD also said that, for small firms, payment terms had increased from the standard 28 days to 40-50 days. In many instances, material and equipment had been ordered when a project was cancelled, and the specialist would not be paid.

Commenting on labour shortages for these contractors, he said: “Most of the time, we wait up to four weeks for a specialist contractor that has to do the work because sometimes they’re fully booked out.” This was especially true for ventilation specialists.

The experts said smaller firms were also caught up in a cycle of losing credit ratings. When their profits are down this has an impact on their credit rating, which means that the insurance companies give them shorter payment terms. This then makes it harder for them to win work.

Unlike big firms, smaller firms don’t provide management accounts and are less likely to have the money to build a good relationship with insurers. Their credit ratings are at the mercy of algorithms.

Morley said: “They (smaller firms) are literally relying on, ‘oh, you posted some audited accounts, those audit accounts have gone down in terms of your network and profitability, [so] therefore that means, based on our algorithms, that you are eligible for less credit’.”