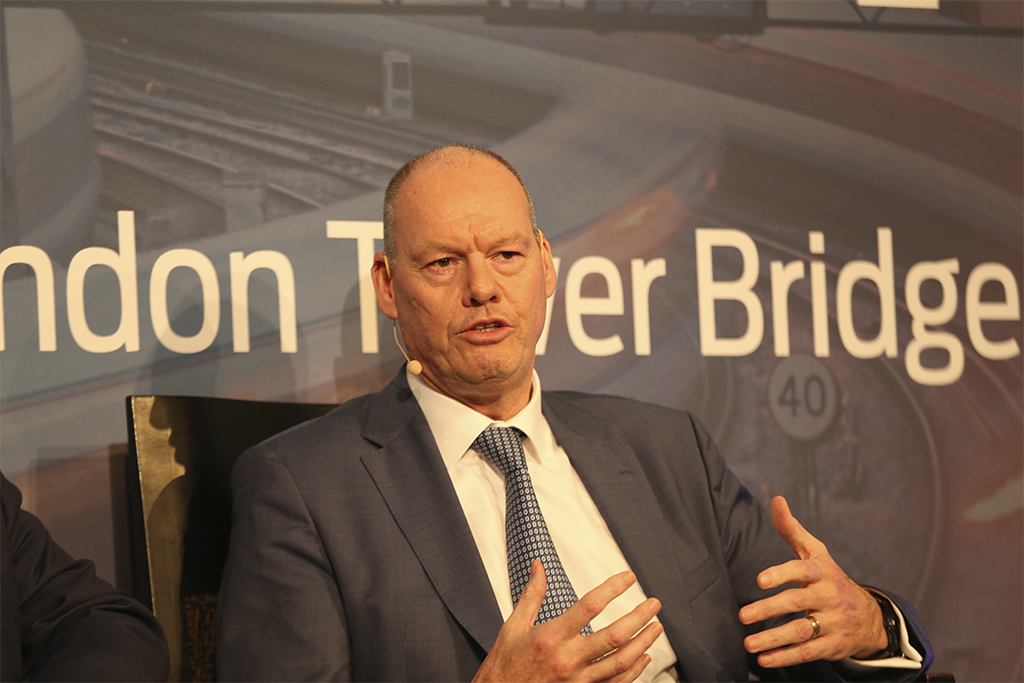 Mace’s turnover for the coming year will have a £60m hole due to projects affected by the fallout of the invasion of Ukraine, the firm’s chief executive has revealed.

The initial period of Russia’s war with Ukraine – between March and June – was “really challenging” for the firm, Reynolds (pictured) told Construction News, with one project worth approximately £150m being cancelled due to material shortages exacerbated by the invasion.

These issues, along with rising inflation, will contribute to the hit to turnover in 2022, he predicted.

“We had quite a number of large projects that we were on the second stage for [but we had to] sit down with those clients and, in some cases, renegotiate the price or renegotiate how we delivered [those projects],” he said.

“That alone had a £60m impact on the revenue in construction for the year.”

Although the contractor was unable to confirm the identity of the large cancelled project, it did say the scheme was a private sector job.

Reynolds added that the prices of other projects had risen again due to the war affecting the cost of materials – something he said would again hit future turnover.

“We lost revenue that we thought we were going to have secured in the year,” he said.

The effects of the Ukraine war were not included in the firm’s annual accounts, revealed yesterday, which covered the year to 31 December 2021. In the accounts, Mace celebrated a “record” pre-tax profit of £38.3m. Turnover also increased to £1.5bn, up from £1.2bn in 2020.

Reynolds attributed the firm’s improving position in part to an increased focus on “quality, productivity and efficiency” at Mace Construct. He said the division had identified opportunities in healthcare and life sciences, and the data-centre sector.

As well as the £1.5bn job to develop HS2’s Euston station, which Mace has secured in a JV with Dragados, further government investment in Sizewell C and other big infrastructure projects would have a “big impact” on its accounts, Reynolds said.

“Because they’re large, long-duration projects, they give us lots of certainty,” he added. However, Reynolds said data-centre projects were a “boom and bust sector”.

“They release the programmes, which are very large projects in a short amount of time, and then you get a two-year pause. These are £400m projects,” he said.

Due to the volatility, there is little competition for such work, he said. It is the second-biggest sector for Mace’s construction business, for which turnover was up more than 70 per cent.

The firm, like the rest of the construction industry, is meanwhile reacting to the recent depreciation of the pound relative to the dollar, which Reynolds admitted he “didn’t see coming”.

But he said Mace had experience of responding to the pound’s depreciation following Brexit, when it fell by 15 per cent. This time, it has dropped by 5 per cent. Reynolds said he did not expect that to worsen.

“What we have been doing is reflecting on the period leading up to Brexit and the scenarios that we considered prior to Brexit, and what it would do to the sector,” he added. “The [constrained] price cap on energy [introduced by the government last week] is a huge help for industry.

“At least it gives us some certainty and the mood music is, when it ends in April, they’ll do something beyond April [to protect businesses].”

The government support should also help the firm breach the £2bn-turnover mark in 2022, Reynolds said. Mace last tabled a turnover of above £2bn in 2018. The success of that ambition, though, partly depends on whether it can maintain its place near the top of the London construction market.

“We are the largest contractor in London, and we’ve got to maintain that position. But if London starts to drop off, we will drop off as well to some extent.

“We just need to maintain our position as the major contractor in London and pick and choose those projects with clients overseas.”