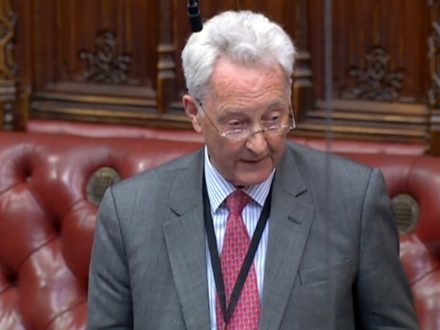 Small and medium-sized construction firms will need help to grasp the new “rules of the game”, a crossbench peer has warned, as public sector procurement policies undergo a major overhaul.

The government’s Procurement Bill, which began its passage through the Houses of Parliament in the Lords earlier this month, had its second reading on Wednesday. It proposes a range of amendments to procurement processes for public sector contracts with a “six-month lead-in period” to help contractors adjust to the new rules. This, the government said, would include a proactive programme of “learning and development” to prepare sectors for the changes.

In Wednesday’s debate, Lord Aberdare (pictured) asked if the government would provide specific support for SMEs, which may lack the resources to study the new rules and adapt to the changes.

“Will [this] include access to relevant training and support for small businesses seeking to learn the rules of the game in order to access public contracts?” he asked, adding that there would need to be measures to promote early stakeholder engagement in procurement processes.

Among its key messages, the Construction Playbook, which was developed over the course of 2020 by the Cabinet Office, encourages early supplier engagement on all jobs across the construction sector.

Lord Aberdare also warned, in a wide-ranging debate that lasted nearly five hours, that the fees charged by commercial framework providers are often “not entirely visible” to SMEs. The need to negotiate frameworks to gain access to public sector contracts can add significant costs for smaller firms, sometimes amounting to 10 per cent of the contract value, he said.

The green paper that preceded the Procurement Bill, published in December 2020, specified that the government would provide a “central register of commercial tools”. Lord Aberdare asked if the new bill would “require publication of these fees and charges, so that SMEs that use such tools can understand the true costs of doing so”.

The initial draft of the bill also aims to impose 30-day payment terms on the entire supply chain of contractors, subcontractors and suppliers fulfilling public sector contracts. Labour peer Lord Mendelsohn said he hoped this meant the bill would “amend the Late Payment of Commercial Debts Act by setting maximum payment terms of 30 days for all suppliers,” adding that this step would bring “the Procurement Act, the Prompt Payment Code and the Late Payment of Commercial Debts Regulations into alignment”.

Lord Aberdare said: “Prompt payment initiatives have a history of ineffectiveness, so I would like to know how the minister plans to ensure that this does not happen this time, and what sanctions may be imposed on late payers.”

Cabinet Office minister Lord True responded: “This legislation will help SMEs to win contracts for many reasons: bidders will only have to submit their core credentials to the single platform once, for example, making it easier and more efficient to bid. The single transparency platform, or single sign-on, means that suppliers will be able to see all opportunities.”

He added that the bill “will ensure that subcontractors in chains will also benefit from prompt payment obligations”.

Following the debate, a Cabinet Office spokesperson told Construction News that the bill “will replace complicated and bureaucratic EU rules to create a simpler, fairer and more transparent system that will enable more small businesses to win public contracts”.