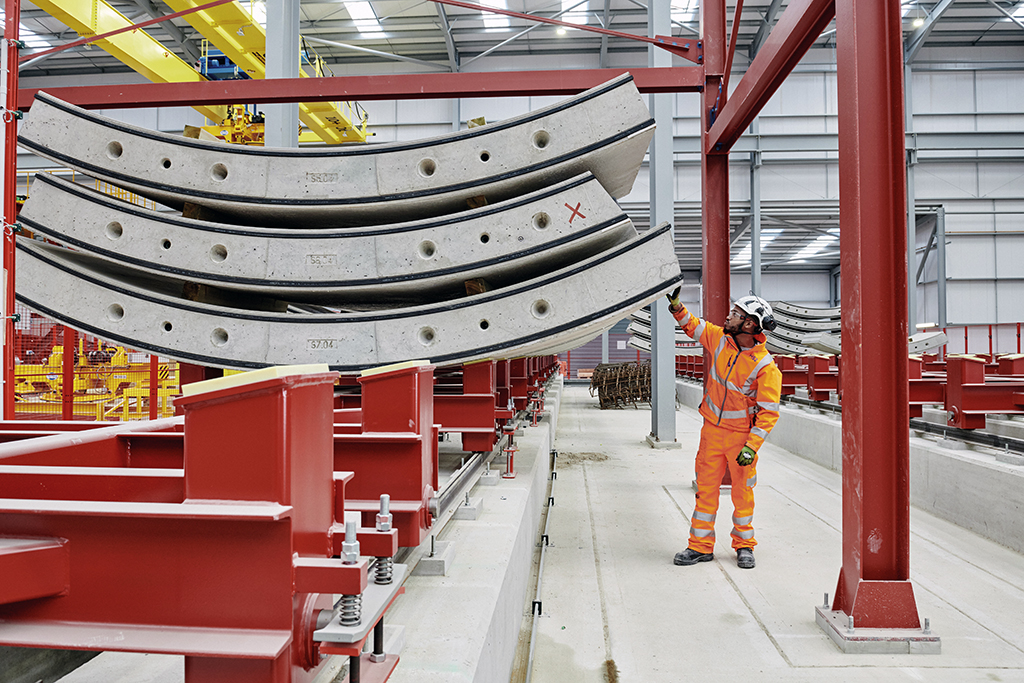 Stanton Precast has announced the appointment of a new managing director.

The company is producing precast concrete segments for a 2.5km “green tunnel” being built by HS2 in Northamptonshire, known as the Chiltern Tunnel.

In August, assembly of the tunnel was paused after HS2 identified “quality issues” with some of the segments. Initial results from these tests have come back “positive”, according to HS2.

Testing is continuing to determine whether remedial work on the tunnel is needed.

However, Stanton Precast has now replaced its managing director. According to an update published on Companies House, former boss Ian Steel has been replaced by Stuart Yates.

Construction News has contacted the firm for more information around Steel’s departure. He joined the firm in February.

Although assembly work on the tunnel remains paused, excavation and foundation works are progressing on the project’s longest tunnel, in Buckinghamshire. Offsite segment production also continues.

A HS2 spokesperson told CN initial test results into the quality issues had been “positive”. However, they were unable to confirm when assembly work would restart and whether remedial action was needed.

They said: “Chipping Warden is the first of three green tunnels made of precast segments and it’s important we take the time to get the quality assurance and installation process right.

“Initial test results have been positive and we are actively engaging with our supply chain partners to ensure that we are ready to restart assembly as soon as possible.”

In total, Derbyshire-based Stanton will produce more than 13,290 tunnel segments to form the three green tunnels, while more than 5,020 individual tunnel segments will be produced by the firm as part of the contract awarded by HS2’s main works contractor, EKFB – a team made up of Eiffage, Kier, Ferrovial and Bam Nuttall.

Four miles of tunnel will be built offsite in thousands of sections at the Ilkeston factory before being shipped to site and assembled at three locations in rural Buckinghamshire and Northamptonshire, to reduce disruption and improve efficiency.

All major structures on the HS2 project are designed to achieve a minimum of 120 years before major maintenance.