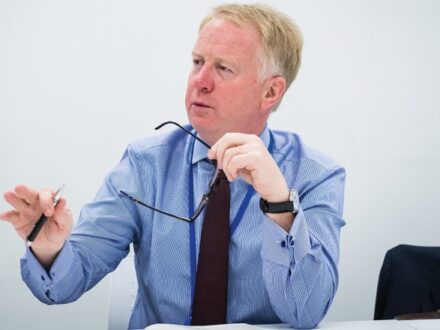 HS2 could use alliancing style contracts for future work to get the “best value”, Construction News can reveal.

HS2 chief executive Mark Thurston said the megaproject with its web of contractors created an opportunity for closer collaboration. Thurston told CN: “There’s a lot of good learning about how we as HS2 facilitate conversations between contractors to make sure we get the best use of resources in the market. We’re looking to bring a lot of the systems contracts under more of an alliance.”

He added that this would make sure that high speed rail project got “the best value from the market”.

Alliancing, which has been endorsed by the recent Mosey review of frameworks and been widely used in the water sector, involves different contractors committing to working together to share risk and avoid blame on contracts.

Other public sector clients that have moved towards alliancing over the past year include the Ministry of Justice, which launched a £1bn prison delivery alliance between four tier ones. Last week Network Rail also said it was planning to adopt an alliancing model for procurement.

Thurston said HS2 was also taking lessons from Crossrail, which had  underestimated the challenge of the integration of its systems involving 500,000 physical and digital assets.

At present, Thurston said, HS2 was running a collaboration board between civils contractors. This was acting as a forum for contractors to share notes on issues on resourcing, technology, logistics as well as health and safety.

He said it was “HS2’s job” to create a collaborative environment for contractors. One of the ways that collaboration was already working, Thurston said, was in terms of sourcing materials. “When we’re sourcing materials from the market, [we’re] making sure that the contractors are doing that collectively rather than individually or else they’ll all end up tripping over one another. And one of the worst things that could happen is there’s not enough [resources] and we drive prices in the wrong direction,” said Thurston.

Similarly, on carbon reduction efforts, Thurston said: “There’s no point in them [contractors] doing that individually. It’s about how they take carbon out of design and out of construction.”