Construction must rid itself of ‘leadership’ that blocks change 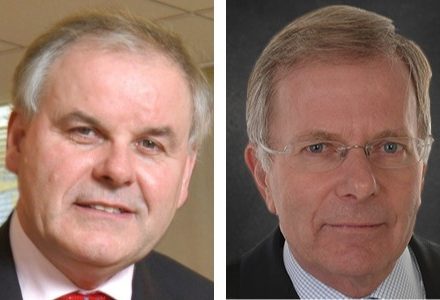 Rudi Klein (pictured left) is a barrister and Stephen Woodward is a risk management consultant. Klein was formerly chief executive of the Specialist Engineering Contractors’ Group, which campaigned for 20 years to reform payment retentions in construction

The construction industry has long had a problem with diversity of thinking. Too much received wisdom, reinforcing widespread inertia, has been allowed to persist, leading to a procurement and delivery system that has not changed fundamentally in 150 years. As a result, the industry remains chronically unproductive and uncompetitive.

Change has tended to focus on putting sticking plasters over cracks, with no dynamic driving radical change. Bodies supposedly providing leadership for the industry see their function as maintaining a status quo to protect vested interests. There is much talk of technical and digital innovation, but the industry stubbornly persists in its outdated practices, aided (actively or passively) by many of its clients, including the public sector.

It was primarily government clients that enriched Carillion, at the expense of a supply chain it treated appallingly. When Carillion collapsed, the government promised it would take measures to address the abuses that emerged in the subsequent parliamentary inquiries. Needless to say, nothing of consequence has materialised.

This abject failure to act has let the deviant behaviour seen at Carillion become increasingly normalised. Academic Dr Sara Hajikazemi has studied this outcome. In her research she wrote: “What is concerning is that, as happened with Carillion, construction companies currently lack an early warning system that could alert them to emerging signs of deviant corporate behaviour and malpractice. This means that the construction industry is still likely to be at risk of falling prey to ‘normalised deviance’ and its damaging consequences in future.’’

So, has nothing been learned from Carillion? There has been no great rush from the leadership of the UK construction industry to look to the industry’s future. In spite of numerous reports urging measures to tackle widespread commercial abuse of construction’s supply chain, little has been done.

This continues to obstruct progress towards a more sustainable and value-driven industry. Effective reform requires the industry to be more transparent about its practices, but transparency remains anathema to the UK construction industry. Trade body Build UK publishes payment performance figures for its major contractors, culled from figures published under the Payment Reporting Regulations, but they are never verified and only tell half the story, if that.

Unlike many other sectors in the UK economy, construction has lacked effective leadership for many years. The Construction Leadership Council (CLC) is, in reality, an offshoot of government – the Department for Business, Energy & Industrial Strategy (BEIS) provides its secretariat. It is heavily influenced by major vested interests, including large UK contractors and professional bodies. This immediately shuts out much non-conformist and constructive but challenging thinking – which suits the BEIS.

The CLC was born out of the report Construction 2025, published in 2013 by the coalition government. It aimed to cut construction costs by 33 per cent (at 2009 prices) by 2025, while reducing delivery times by 50 per cent. Needless to say, these targets are unlikely to be achieved.

Initially, the CLC’s ‘claim to fame’ was the publication of the Supply Chain Payment Charter in April 2014. This promised that 30-day payments would be standard by 1 January 2018. Mace, which has significant influence in the CLC, fought against the inclusion of project bank accounts in the government’s procurement manual, the 2020 Construction Playbook. Discharge of payments using PBAs takes far fewer than 30 days.

Other than adopting a pointless and unenforceable roadmap towards zero retentions – originally published by Build UK – the BEIS/CLC has done little to address the key issue of overriding interest to the majority of firms in the industry: cashflow. Over the past four years since the BEIS consultation on retentions was closed, SMEs have lost approximately £1bn worth of retention monies due to upstream insolvencies. Retained money should at least be protected.

“Even when presented with procurement models such as insurance-backed alliancing, which addresses collaboration head-on, the BEIS/CLC has remained stubbornly inactive”

More critically, long-term reform of payment practices is a prerequisite for investment in new digital technologies, skills, innovation and building safety. In its (now forgotten) Construction Sector Deal of July 2018, even the BEIS/CLC had to admit: “The current business model of the construction sector is not sustainable. Construction customers and businesses across the supply chain are focused on price and [the] risks of individual projects, and do not collaborate effectively.” Many in the industry might respond: why collaborate when you are not getting paid?

Even when presented with procurement models such as insurance-backed alliancing, which addresses collaboration head-on, the BEIS/CLC has remained stubbornly inactive. Given that insurance-backed alliancing can potentially save up to 20 per cent of project costs and is more likely to deliver net-zero carbon, this is inexplicable. A report from King’s College London’s Centre of Construction Law concluded that a net-zero carbon strategy is more likely to be achieved through alliancing arrangements that integrate all of the key supply-chain inputs.

It is now time to grasp cognitive diversity. We all have our priorities and perspectives on what needs to change, but nothing will be achieved unless all those with a passion for radical industry improvement are prepared to join forces to put the industry on a healthier and more viable footing.

Such a coming together of like-minded individuals can act as one to lobby effectively for an industry that is genuinely based on collaboration and the integration of all its inputs, including transparent and equitable sharing of risk. This is the only alternative to the industry’s so-called ‘leadership’.

Divergent opinions are not a threat but a contribution to collaboration. Ignoring this is the biggest risk facing the UK construction industry.

The above is a shortened version of an article first published by Construction Law.