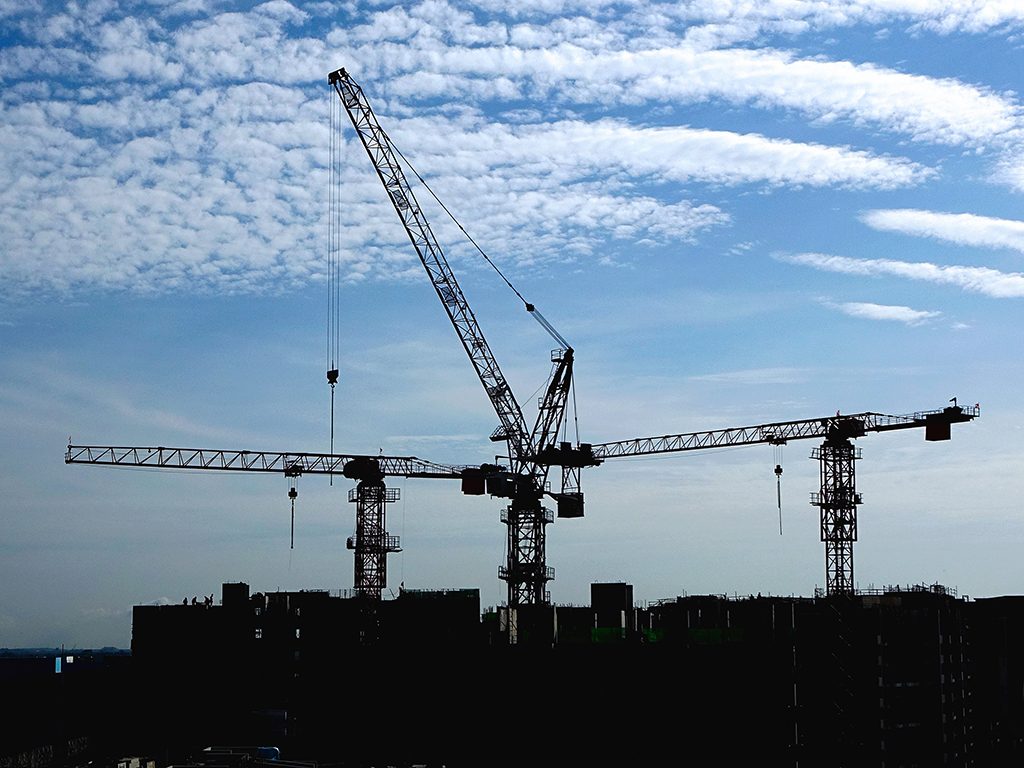 Construction activity has risen for the first time in three months, official figures show – but experts have warned of the coming impact of high interest rates on future output.

September saw a “modest increase” in output, according to the latest Purchasing Managers’ Index, largely down to a “boost” in activity from work on previously delayed projects.

The index, which is compiled by S&P Global and the Chartered Institute of Procurement and Supply (CIPS), stood at 52.3 in September, up from 49.2 in August. A score under 50 represents a fall in activity, meaning that output during the month, although “modest”, increased after declines in August and July.

Housebuilding was the best-performing category in September, according to the CIPS report, while commercial work increased “marginally”. Elsewhere, civil engineering activity fell for a third consecutive month.

Employment growth, meanwhile, accelerated following August’s 17-month low. About a fifth of companies surveyed by CIPS reported a rise in staff levels, while only 8 per cent signalled a decline. But a shortage of candidates to fill vacancies and “strong wage pressures” were noted by firms.

Supply shortages were also shown to have eased in September, with delivery delays being at their least widespread since February 2020.

Despite increasing construction activity in September, the data showed that business expectations hit a 26-month low with commentators warning about the effect of high interest rates on future activity.

The report said: “The latest survey pointed to the weakest growth projections since July 2020. While construction firms often commented on expected growth due to forthcoming new projects, many also suggested that recession risks and higher interest rates had weighed on confidence.”

Construction firms cited “slow decision-making” among clients and greater risk aversion due to concerns about inflation, squeezed budgets and “worries about the economic outlook”.

Average cost burdens also increased sharply for the month, but the overall rate of inflation eased to its lowest level since February 2021.

Lower fuel prices and improved transportation availability were highlighted as factors helping to moderate the overall pace of cost inflation in September.

He said: “UK construction companies experienced a modest increase in business activity during September, but the return to growth was fuelled by delayed projects and easing supply shortages rather than a flurry of new orders.

“However, forward-looking survey indicators took another turn for the worse in September, with new business volumes stalling, and output-growth expectations for the year ahead now the lowest since July 2020.

“This reflected deepening concerns across the construction sector that rising interest rates, the energy crisis and UK recession risks are all set to dampen client demand in the coming months.”

Chief economist at the Chartered Institute of Procurement and Supply, John Glen, said: “The devil lies in the detail pointing to lower customer confidence, a challenging UK economy and recession on the doorstep.

“The rise in output has no sign of sustainable growth behind it, as, without new pipelines of work, any gains will soon leak away. This was not lost on builders themselves, who reported the lowest level of optimism since July 2020 about business opportunities in the next year.”

He added: “The costs of doing business and the cost of living are still high and rising. More-expensive energy and salary pressures to secure skilled staff have contributed to additional inflation.”