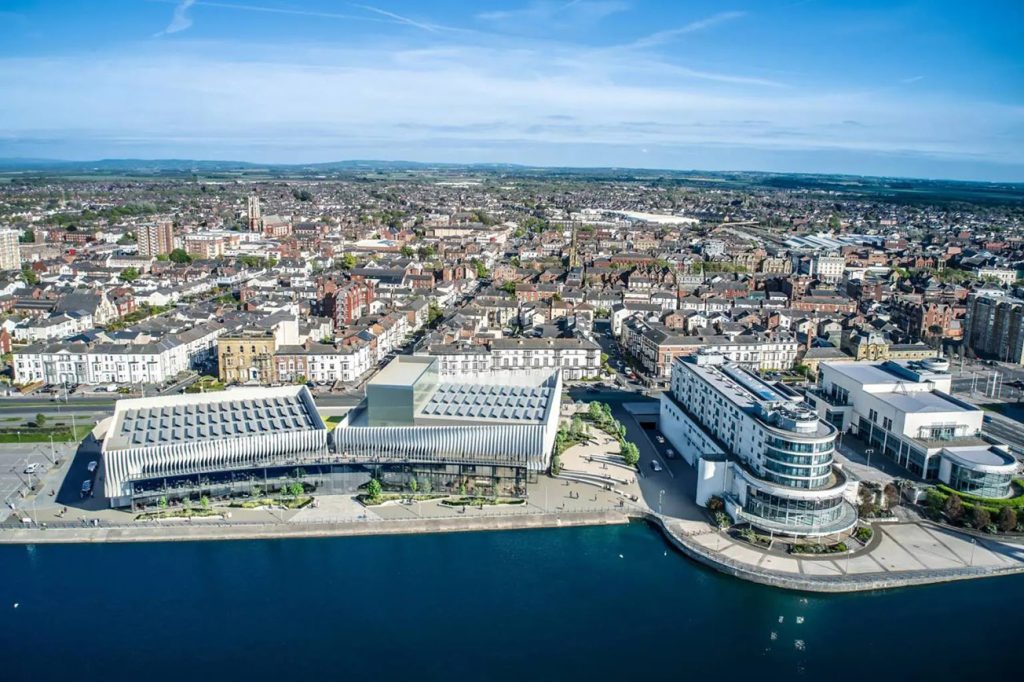 Bowmer & Kirkland has entered the competition to become the main contractor a new £73m events centre in Southport, Merseyside, Construction News can reveal.

The contractor is looking to lead on the building of the Marine Lake Events Centre, a 1,500-capacity concert hall with additional exhibition and conference facilities.

It will replace the existing Southport Theatre and Convention Centre which is due to be demolished. This closed in 2020 after the operator went into administration during the pandemic.

A spokesperson for the contractor told CN: “We are currently tendering this scheme, and the submission deadline is 15 November.”

Sefton Council is the contracting authority and has made a planning application for the project. A decision is expected by the end of the year.

CN approached the council for the names of other contractors bidding for the work, but had not heard back by the time of publication.

The centre is part of major redevelopment plans for the area and has been tipped for £17.7m funding package by the mayor of Liverpool city region, Steve Rotheram, and the Liverpool City Region Combined Authority.

At a meeting of the combined authority this week, local leaders will be asked to approve funding for the Marine Lake Events Centre.

That funding is on top of £2.3m already committed to pre-development work. It had also secured £33.3m from £38.5m given to the council via the government’s Towns Fund.

“At the heart of those plans is a replacement for the Southport Theatre and Convention Centre. Our funding would help unlock that development, creating hundreds of jobs and attracting hundreds of thousands of visitors to the town every year.”

If planning permission is granted, work is set to begin in spring 2023, with a delivery estimated for 2026.