Are there ready-to-use red-diesel alternatives? 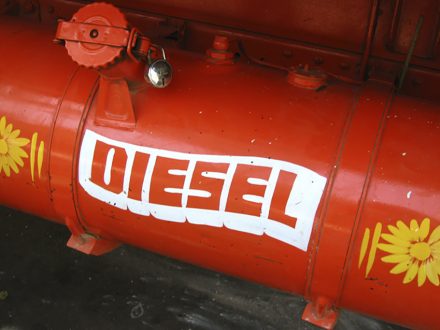 Contractors have now had a month to come to terms with the ban on red-diesel’s use in the construction industry.

On top of high material prices, soaring energy bills and the ever-increasing cost of labour, the use of the cheaper, rebated red diesel came to an end on 1 April. In the lead-up to this deadline, Construction News heard how some contractors were worried about being pushed towards liquidation by the change, which the government said was aimed at encouraging the adoption of greener technologies. A letter sent by 15 industry bodies warned that its removal would place the industry in “jeopardy”.

Such was the strength of feeling in the sector that Construction Products Association chief executive Peter Caplehorn said: “The minute we’ve finished with one crisis, we’ve got the next one coming on.”

Now that red diesel is gone, which technologies and fuels are contractors turning to instead?

The red-diesel ban means that any plant machinery must now be powered either by white diesel or another, greener source of fuel.

Geopura, a Nottinghamshire-based company that was founded three years ago, has developed a set of hydrogen power generators that are designed to replace diesel-powered generators. The company runs under a collaboration agreement with Siemens Energy, a conglomerate that generated a revenue of €28.48bn (£23.90bn) in the year to 30 September 2021. The generators, known as hydrogen power units (HPUs), are being developed in Siemens Energy’s factory in Newcastle.

Geopura business development manager Matthew Barney said the technology has a number of advantages over a straight diesel fuel cell that could bring a host of benefits to a construction site. “The system we’re currently marketing is a 250kVa (kilo volt amp) peak power unit that operates from a hydrogen fuel cell,” he said. “It’s actually quite a bit more than just a straight diesel displacement in that they also have 216 kilowatt hours of battery built into them.”

The fuel cells are supplied in a container format that can easily be transported onto site and then kept going by the battery for many hours. That means they can be used on very remote sites, such as architectural digs. In September 2020, Geopura announced that its technology was being used to provide power for the construction of National Grid’s Viking Link construction site in Lincolnshire.

Barney said the technology is also financially viable for smaller contractors – after all, it is smaller contractors that will be most affected by the red-diesel ban and will be in most need of affordable alternatives. “We think the economies of scale work well around the size of units that we brought to market,” he said. “So we were very keen to bring to market things that weren’t dependent upon either grant subsidies or other subsidies of other kinds. We wanted to pitch this as available to all.”

He does accept that they are currently more expensive than diesel generators, purely because there is an economy of scale with the latter. “But we see that rapidly changing so we see the costs coming down and getting closer all the time,” he said. Even before the most recent fuel-price increases and red-diesel ban, Barney estimated that it was around a third more expensive to generate hydrogen fuel through Geopura’s generators than to produce energy via diesel. “With diesel prices having increased as they have, and with the red-diesel ban, that absolutely provides a much closer, level playing field.”

Barney claimed that renting Geopura’s system would be cheaper than hiring a hydrogenated vegetable oil (HVO) system, which is one of the other green technologies currently available. The company is currently selling hydrogen fuel at £2.28 per litre – lower than the £2.48 per litre price of HVO.

The key question for Geopura, and every company looking to move the construction sector towards diesel alternatives, is whether it has the scale to do it. Currently, Geopura is only producing dozens of units. “We’re looking to increase that significantly over the next five years; by then we hope to be producing thousands of units a year,” he said.

So the fuel is there, but not yet at the scale needed.

Glasgow-based Aggreko is another company that is rushing to produce the energy sources that are badly needed in the construction sector. It focuses on the use of HVO, which represents a carbon dioxide emissions reduction of around 90 per cent, while pushing nitrogen oxide emissions down by up to a quarter. HVO is being used to power a variety of onsite machinery, including general site power cells, tower cranes, temporary moisture control systems and temporary cooling systems.

Aggreko’s application development manager for Europe, Mark Squires, said recent investment in the company means the UK could have the “largest hybrid battery fleet of its kind”. The company recently injected around £7m into its operations in the UK and Ireland, while completing a £4.5m expansion of its distribution depot in Dumbarton, Scotland.

As with Geopura, more take-up of Aggreko’s technology will result in prices being driven down. The firm also maintains that taking into account the costs of long-term savings on emissions means prices could be lower for companies than first thought.

Two companies, Flogas and DTGen, have partnered to create a liquid-gas solution for construction companies. The system of power generation created by standby power specialist DTGen, which is based in Glasgow, and Leicester-based off-grid-energy solutions provider Flogas, automatically gets topped up using an auto-ordering technology. That means the team knows when the supply of liquid gas is low.

DTGen head of solutions John Kinstrie said: “Upgrading to cleaner liquid gas not only saves [businesses] significant costs and insulates against price increases, but it also reduces their carbon footprint – setting them on the right path towards a lower-carbon future.”

In conclusion, it seems that the right technology is emerging, if not yet at the scale needed. But at the same time, a chain reaction has been set in motion: with demand ratcheting up for diesel alternatives, more supply solutions should come to market. The big question is whether it will be too late for some contractors. If, as is the case with Geopura, the technology is available in the thousands of units within five years, will many smaller contractors still be around to take advantage? And if they are, will they be at the back of the queue?