What happens to your pension scheme in an insolvency? 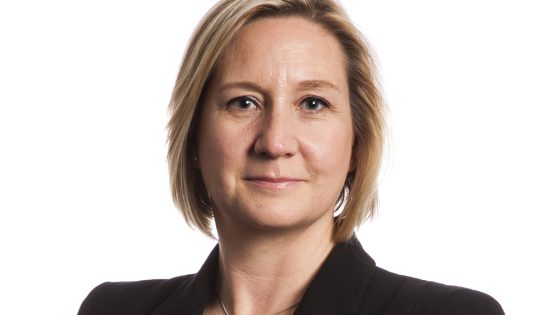 Emma King is a partner at law firm Eversheds Sutherland

As indicators point to more distress in the sector, it’s a good time to check on your pension position. Insolvency Service data shows more than 1,000 insolvencies occurred in the construction industry in the second quarter of this year. Meanwhile, business-recovery specialist Begbies Traynor’s latest Red Flag report highlights that construction had the highest number of businesses in ‘critical distress’ in Q3 of 2022.

“In some situations, a pension scheme may be the sponsoring employer’s largest creditor”

In this climate, it is almost certain that more insolvencies are on the horizon. Begbies Traynor reported 561 construction firms in ‘critical distress’ and 79,207 companies in ‘significant distress’ during the third quarter. These figures are up 24 per cent and 9 per cent respectively year on year.

If the occupational pension scheme that the insolvent employer provides is a DC scheme, the contributions already invested in the scheme by the members and/or employer are not affected by an insolvency event. This is because the scheme’s assets are held separately and independent from the employer’s assets.

Members of a DC scheme will lose out on the future pension contributions that were pre-agreed. Post-insolvency, these are unable to be paid by the employer, but will otherwise remain largely unaffected.

If there are arrears of contributions due from the employer to the DC scheme, members (or pension scheme administrators on their behalf) will need to seek compensation from the employer in insolvency proceedings. In some circumstances, they may be able to claim them from the National Insurance Fund.

When it comes to DB schemes, things become a little more complex.

If the employer provides a DB scheme, an insolvency will trigger a debt due from the employer to the scheme unless it is completely fully funded (which is unlikely). In the insolvency process this debt will be ranked as an unsecured non-preferential debt.

Essentially, it won’t be first in line to be paid. However, the Pension Protection Fund (PPF) was set up to protect members of DB schemes when their sponsoring employer becomes insolvent.

If a DB scheme is eligible, it will be accepted into the PPF.

In such circumstances, the DB scheme will be treated as ‘wound up’, and the PPF will assume responsibility and provide pensions to the members of the scheme on the below basis:

Although a relatively new concept, there is a possibility that some DB schemes that are in a PPF assessment period could transfer out and into a superfund if they are over the PPF funding threshold.

This option is an alternative to buying out benefits with an insurer, which would fix benefits at levels below those originally promised to members.

In conclusion, those in a DC arrangement are largely unaffected by a sponsoring employer becoming insolvent. The outcome for those in DB arrangements is a little less certain, often relying on assistance from the PPF to provide reduced benefits through PPF compensation.

Given the current economic climate, it is therefore a good idea to review current pension schemes. After all, even when the present requires focus, we shouldn’t lose sight of the future.