Time to check your new duties under the Building Safety Act 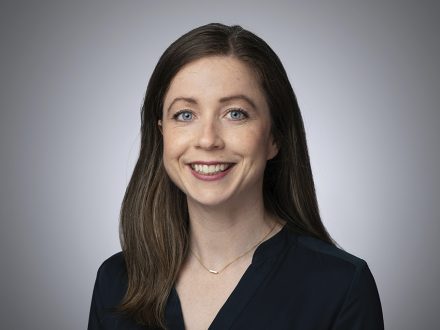 Now that the Building Safety Act 2022 has arrived, stakeholders need to understand what changes will be affecting the construction industry, and when.

The act stands at 256 pages but there is more to come, as further ‘meat’ will be added to the bones of the legislation through secondary legislation.

The Health & Safety Executive (HSE) has formally gained its new role as Building Safety Regulator. It will oversee the new higher risk building regime during both construction and occupation, as well as spearheading the initiative to raise competence across the industry.

The HSE has already started this work by establishing an Interim Industry Competence Committee (which it is chairing), which will transition into the statutory version at some point around October 2023. The committee will assist the industry with the transition process and prepare people who are competent to advise and assist with the new regulatory regime.

The government previously released draft ‘dutyholder’ regulations in October 2021, intended to support the act. Revised versions may be republished shortly. The previous draft of the dutyholder regulations expanded the current roles under the Construction (Design and Management) (CDM) Regulations (which include the client, principal designer and principal contractor) so the responsibilities of each role in the design and construction process is clearly identified, with respect to the safety of the finished building.

Developers, contractors, and consultants should review these draft regulations and any further revisions to understand how their roles and liabilities could change.

A new building control regime will apply to buildings classed as ‘higher risk’, which includes care homes, hospitals, and buildings over 18 metres that have at least two residential units. The regime includes three stop/go decision points or gateways, overseen by the regulator, at planning, pre-construction, and pre-occupation stages. Certain information must be gathered by the different dutyholders throughout the construction process and signed off by the regulator before the relevant gateway can be passed.

Previously published draft regulations set out an overview of how this stricter building control process was expected to work in practice, although further development is expected. Gateway 1 is already in force, with gateways 2 and 3 expected to come into effect in around October 2023.

Those responsible for occupied higher-risk residential buildings (‘accountable persons’) will have additional obligations, including registering their building with the regulator – a step expected to become a requirement by October 2023.

The accountable person will be required to hold specific information to demonstrate to the regulator, through a safety case report, that the building is safe and meets legal obligations.

If such information is not readily available, this could affect the value of a higher risk building and is therefore a commercial point for funders, developers and purchasers to consider.

The limitation period for claims made under the Defective Premises Act 1972 (DPA) has been extended in relation to historic claims (to up to 30 years) and for future claims (to up to 15 years).

The Building Safety Act creates a cause of action under the DPA in respect of any refurbishment works that make any dwelling unfit for habitation. Those who owe duties under the DPA (such as consultants, contractors, and developers) could find themselves facing historical claims, as well as needing to secure insurance for a longer period of time and for potentially new liabilities – subject to such insurance being available.

The act also introduces new liabilities for construction products, including where the cause of action arose prior to the act coming into force. For example, someone supplying inherently defective cladding that is used in a building and contributes to it becoming unfit for habitation can be liable to pay damages to a person with a relevant interest in the building.

The act’s provisions for claims under the revised DPA and in relation to construction products will take effect on 28 June 2022.

Finally, the Act introduces the concept of ‘building liability orders’ whereby a person can apply to the High Court for an order that can effectively transfer liability from an original (dissolved) contractor or developer to an “associate company”. This provision aims to address companies escaping liability for unsafe buildings because the development was carried out by a special purpose vehicle, subsequently dissolved.

Overall, the act brings some of the most significant changes to the construction industry in years and it is crucial that contractors work to understand their obligations so they can take them into account, both in forecasting and in future business strategies.