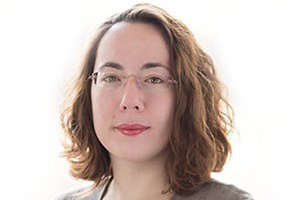 In Manor Co-Living Ltd v RY Construction Ltd, Manor Co-Living Ltd (“MCL”), as employer under the construction contract, brought a Part 8 claim against RY Construction Ltd (“RYC”) seeking declarations: first, that the adjudicator failed to consider MCL’s alternative defence and therefore acted in breach of natural justice – MCL’s alternative defence was that it had a lawful entitlement to terminate the contract; second, that the adjudicator’s decision was not valid as a result of the breach of natural justice.

The Technology and Construction Court (“TCC”) refused to grant such declaratory relief, holding that the adjudicator had considered MCL’s common law termination defence and therefore did not breach the rules of natural justice.

MCL and RYC entered into a JCT Standard Building Contract 2016 without quantities, with amendments and a contract sum of £2,018,014.35 (“the contract”). The parties’ intention was for RYC to carry out works to form 38 bedrooms with communal facilities at Clare Hall Manor in South Mimms.

The contract administrator served a default notice on RYC, identifying special defaults and warning RYC that MCL would terminate the contract if the defaults were not remedied within two weeks. The contract administrator followed up by email attaching a letter to RYC terminating the contract due to RYC’s failure to remedy the defaults (“termination notice”). The cover email stated that MCL had arranged for security of the site and asked RYC not to attempt to gain access without prior arrangement.

RYC then sent a letter to MCL noting that it considered the termination notice to be ineffective, as it was not served in accordance with the contract. RYC further argued that, as MCL prevented RYC from progressing the works, MCL was in repudiatory breach of the contract.

RYC referred the dispute to adjudication, arguing that the scope of the dispute was limited to whether MCL correctly served its termination notice.

MCL counterargued that an adjudication could not be confined in that way and put forward an alternative argument alleging it was entitled to terminate at common law for RYC’s repudiatory breach of contract.

The ‘common law repudiation’ defence had two limbs: first, whether there was a repudiatory breach by RYC; second, whether acceptance of such breach was properly communicated by MCL, thus satisfying the requirements for termination under the common law.

The adjudicator rejected MCL’s alternative argument, as MCL failed to communicate its acceptance of what it claimed was RYC’s repudiatory breach.

MCL issued Part 8 proceedings in the TCC seeking a declaration that the adjudicator’s decision breached the rules of natural justice, as he failed to consider MCL’s common law defence, meaning the decision was not valid.

The TCC applied Global Switch Estates 1 Ltd v Sudlows Ltd emphasising the principles that “a responding party is entitled to raise any defences it considers properly arguable to rebut the claim” and underlining the observation that “if the adjudicator fails to consider whether the matters relied upon by the responding party amounts to a valid defence to the claim in law and on the facts, that may amount to a breach of the rules of natural justice”.

The TCC stressed that the use of the word ‘may’ was key, as this indicated that not all failures to have done so would be breaching natural justice.

The TCC held that the adjudicator had considered the substance of MCL’s alternative argument and had rejected it on its merits. In the TCC’s view, the substantive question of common law termination was not outside the adjudicator’s jurisdiction, as it was raised by way of a material defence.

While the TCC did not consider RYC’s submissions seeking to limit the adjudicator’s jurisdiction to have been analytically correct, it would not have regarded this as any sort of ‘tactical manoeuvring’, which would have been relevant to the determination of whether there had been a breach of natural justice.

The TCC also noted that it did not consider it was open to a referring party to cherry-pick what elements of the responding party’s defence are within the adjudicator’s jurisdiction. An adjudicator should not restrict its own jurisdiction by excluding substantial parts of the responding party’s defence, as such conduct would breach the rules of natural justice. This would lead to the decision being unenforceable.

Both issues, namely the extent to which the referring party can narrow the scope of the dispute in the notice of adjudication on one hand and the adjudicator’s duty not to exclude substantial parts of the responding party’s defence on the other, are fact-specific and need to be considered on a case-by-case basis.

However, the judgment is also a general reminder that parties need to carefully follow the contract when it comes to termination notices, otherwise their conduct could inadvertently lead to repudiatory breach of contract.