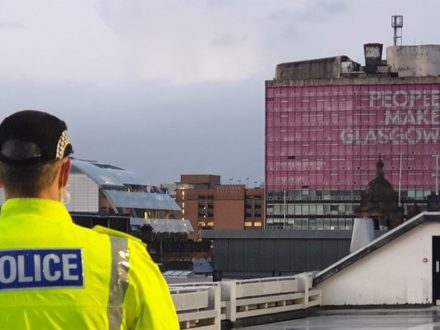 Police Scotland has launched a neighbourhood watch-style online platform to notify firms of construction site thefts and related offences in their area.

The scheme was launched in the form of a platform where participants can share intelligence about incidents and threats. The platform also recommends tangible security measures based on site specifications. Alerts are sent out by phone, text or email.

“Not only do we hope this will enhance our intelligence picture when investigating these incidents, but we are also looking to reduce the number of crimes occurring, with our ability to share information and make construction sites as uninviting as possible to serve as a deterrent,” he said.

The force said that the northeast of Scotland, The Lothians and Scottish Borders were particularly vulnerable to construction site thefts.

Scottish housebuilding company Campion Homes suffered damaged as a result of vandalism on a site in Dundee in the northeast.

A spokesperson said that, over the course of a few nights, youths vandalised a telehandler and static mobile crane, rendering the equipment unusable for a few days.

“The machinery was out of use for a number of days which resulted in down time for both our company and local tradesmen. We almost lost the tradesmen because their morale was at rock bottom but, thankfully, we convinced them to stay and proceed with works on site,” they said.

Another construction firm called CCG recently dealt with a case of security breach by youths who set fire to materials on the construction site. The incident led to an insurance cost of nearly £1m and the perpetrators were charged with the offence.

A CCG Contracts Division spokesperson welcomed the watch scheme in light of the recent incident.

They said: “It only takes a minute for these crimes to occur and the impact on companies like ourselves can be devastating. That’s why we openly welcome the introduction of the new ALERT platform Construction Watch Scotland.”

Elsewhere in the UK, North Wales Police issued a public warning about a rising trend of thefts of diesel from construction sites in the area. With the inflation in fuel prices and the upcoming rebate of red diesel next month, the industry is bracing for increased threats to construction supplies.