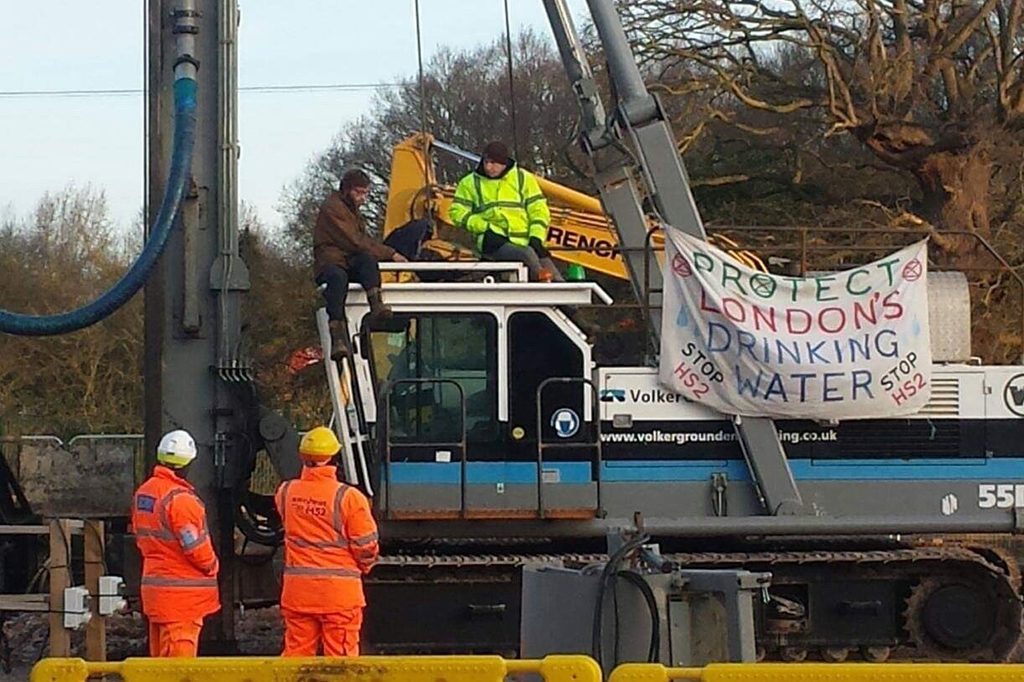 Government plans to crack down on “guerrilla protests” could lead to harsher sentences for those who disrupt construction of major transport and infrastructure projects.

Anyone found guilty of obstructing work could face an unlimited fine, six months’ imprisonment, or both.

The Queen’s Speech, delivered by Prince Charles yesterday, confirmed that the government is set to push ahead with its Public Order Bill.

The bill is largely being proposed to deter protesters from disrupting transport infrastructure that is already in use.

The Public Order Bill will outlaw tactics in England and Wales such as protesters “locking on” to public transport infrastructure or gluing themselves to roads. This includes tougher sentences for those who glue or lock themselves to road or rail structures, a popular protest method adopted by Insulate Britain in recent months.

A new offence of interfering with key national infrastructure – such as airports, railways and printing presses – will carry a maximum sentence of 12 months in prison, an unlimited fine, or both.

It will also become illegal to obstruct major transport works, such as HS2, again punishable by up to six months in prison, an unlimited fine, or both.

Since main construction got underway, HS2 protesters have ramped up their action, including occupying tunnels dug close to the Euston station site in a bid to block works taking place on a park, and an attack on security workers by a 30-strong mob in Wendover, Buckinghamshire.

Speaking to parliament’s public accounts committee in June last year, HS2 chief executive Mark Thurston said that protests against HS2 had cost the project £75m up to that point.

Since then, transport minister Andrew Stephenson has confirmed that the cost of further protest management has contributed to overall cost rises on the project.

Construction News revealed in 2019 that police had set up a national group to deal with issues relating to the many expected protests on the project.

Minutes from a meeting of the group, obtained under the Freedom of Information Act, show that law enforcement recorded “476 protest related incidents” in 2020 up to November. Officers noted “an increase in out of area protestors as opposed to more locally-based activity”.

Of the proposed bill, home secretary Priti Patel said: “The law-abiding, responsible majority have had enough of anti-social, disruptive protests carried out by a self-indulgent minority who seem to revel in causing mayhem and misery for the rest of us.”