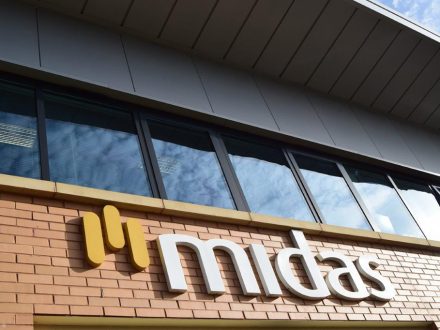 Creditors up and down the UK were owed £22.1m when Midas Group fell into administration.

The construction and property services group appointed administrators earlier this month after restrictions imposed due to the coronavirus pandemic and supply chain complications squeezed its margins and limited its work.

A near 70-page report details the cash owed by Midas to hundreds of contractors at the time of its collapse. In total, creditors are owed £22.1m.

Administrators from Teneo Financial Advisory said the secured creditor Lloyds Bank would be paid what it is owed “in its entirety”, which amounts to around £95,000. But preferential creditors, other than those owed money by the parent company Midas Group Ltd, and all the unsecured creditors are unlikely to get what they are owed.

Midas’ assets at the time of its collapse amounted to two freehold properties in Newport and Newton Abbott and £5,220 in cash.

The administrators said the pandemic and supply chain issues led to “several critical contracts” being postponed or cancelled which caused some “liquidity pressure” to Midas.

Trade by the company then declined rapidly after it was unable to pay its subcontractors. Singapore-based Fragrance Group expressed frustration last month after there was “very limited progress” at two hotels Midas was building for the developer on Paignton seafront.

More than 100 former employees of the company started legal proceedings over how they lost their jobs a fortnight ago. The legal case centres around claims that they were not consulted regarding redundancies before the company folded.

Hannah Durham, director of SDM Legal, told Construction News the number had since swelled to around 150, which could continue to rise in the next couple of weeks.

“The speed with which Midas collapsed into administration has left the majority of the former employees redundant and with a need to secure new roles with little or no warning,” Durham said. “We will be starting early on the claim in an effort to expediate the matter and hopefully alleviate some of the pressure the redundancies have caused our claimants.”

The former employees could receive up to £4,352 each through the government-funded Redundancy Payments Service if the case is found in their favour.

Midas’ property services business, Mi-space, was successfully sold to Bell Decorating Group, which saved 46 jobs, though more than 300 were lost as the rest of the company folded. Midas’s turnover for the year to 31 October 2021 came in at £223.3m, down from the £291.3m recorded in the year prior, after the company reported its first loss in 40 years in the 18 month period to 30 October 2020.