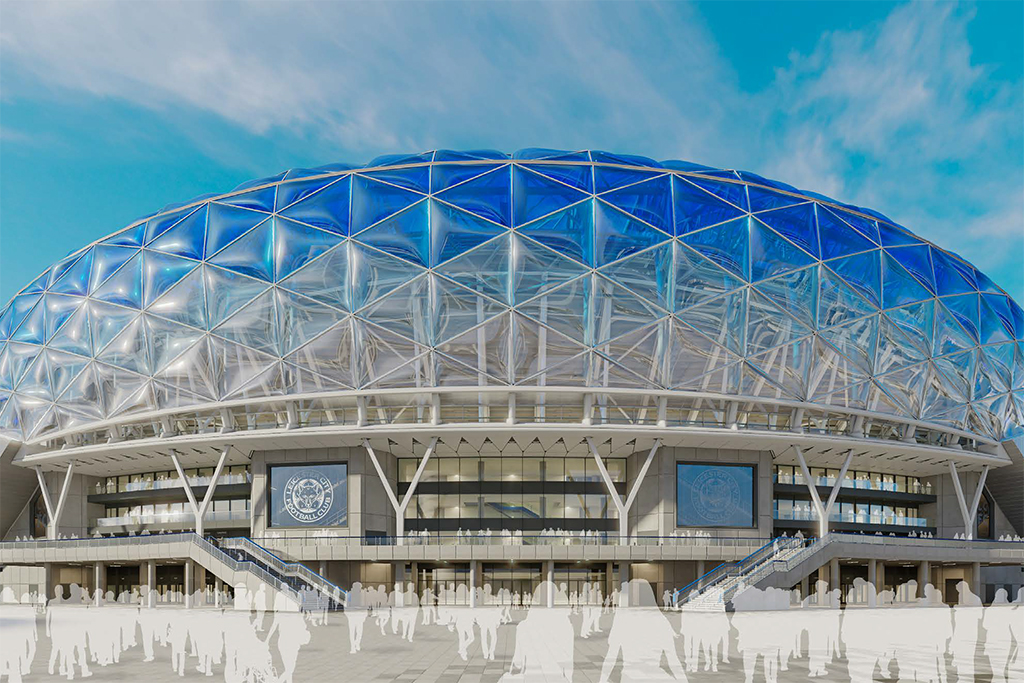 Councillors are expected to approve a redevelopment of the Leicester City stadium, which will see its capacity expanded to 40,000 seats.

Under proposals submitted to Leicester City Council, King Power Stadium would gain new facilities, including a hotel, commercial and residential space, a multi-storey car park and a club retail store, as well as an additional 8,000 seats for fans.

Officers have recommended that the council should approve the plan at a planning and development control committee on Wednesday (14 September).

A report to members said the main objective of the application was increased capacity for supporters, together with improved stadium facilities.

“This will potentially allow the club to remain competitive within the Premier League and European club competitions,” it said.

“The development would also enable increased capacity for concerts and non-sporting events, enhancing the profile of the city in hosting such events and contributing to [Leicester’s] economy and cultural offering.”

According to the report, the scheme would bring social and environmental benefits, as well as a significant contribution to economic activity through increased employment and expenditure from construction of the development.

It could also potentially improve the appearance and accessibility of the Raw Dykes archaeological site, which is a scheduled ancient monument, the report said.

But expanding the stadium’s capacity by 8,000 seats could give rise to disruption from additional traffic, use of public transport and pedestrian routes, noise and general disturbance from large crowds, the report highlighted.

“Taking all these matters into account – balancing the social, environmental and economic benefits of the development against the residual harm – approval is recommended,” it concluded.

The site, which is located 1.6km from the city centre, covers an area of around 9 hectares, which includes the current football stadium and its surroundings along with the recently purchased single-storey National Grid building to the east of the stadium.