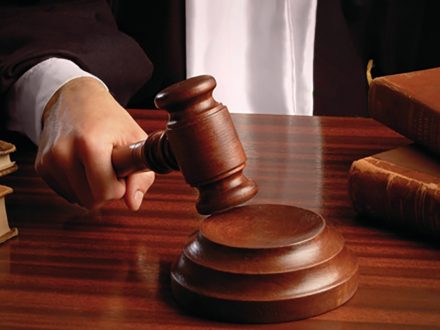 Gleeds faces a court battle after costs soared on a mixed-used scheme in West Berkshire.

Standard Life Assurance started proceedings after costs on the project ballooned from an estimated £85m to £146m.

Gleeds had hoped to block court proceedings. However, a High Court judge has ruled that the claim can be heard in full.

Gleeds was employed as a cost consultant and quantity surveyor on the mixed-use residential and commercial scheme in Newbury in West Berkshire. Costain was employed as a contractor on the job in 2008, which Gleeds estimated would cost £85m in total. By the time the job was completed in July 2013 it had cost £146.4m.

Standard Life Assurance has started proceedings against Gleeds, as well as project manager Buro Four and development manager Shearer Property Group. It alleges that the three defendants had “negligently advised” that the job would cost around £85m, and that the procurement strategy used by them resulted in a “high risk building contract”.

That meant there were a number of costs included in the fixed price contract which could not actually be determined at the time of the contract award. Standard Life argues that it had not been notified clearly about those risks.

“[Standard Life] would have abandoned the development, would not have entered into the building contract and [would not have] issued the written order to commence the works,” a court submission reads.

Standard Life’s submissions add that had it been advised of the risks linked to the procurement strategy and building contract, in addition to the true construction cost, then it would not have agreed to the deal. It is suing for damages totalling £20.1m, on the basis that it says it should have been quoted a construction cost of £105m.

The defendants tried to strike out the claim from the court on the basis that it should not include the costs which it could not have foreseen, and that they should get “credit” for the benefits the client has already received from the development.

But that was declined by the court, meaning the dispute will be heard in October 2023. The case is set to last for 12 weeks.

Standard Life had claimed there was no benefit from the development which would lead to credit for the defendants.

In an earlier session on the case last year, Standard Life claimed the cost increased due to changes in the contract detail and delays and disruption to the job. It said the delays had led to £21.9m of increased costs.

During that session, Mr Justice Fraser warned Gleeds and the rest of the parties involved against using “litigation warfare” to resolve construction disputes, after they had spent more than £130,000 on legal fees during that session alone.

The lawyer for Standard Life had argued meanwhile that the defendants were being “as difficult as they can, and looking for matters about which to complain”.