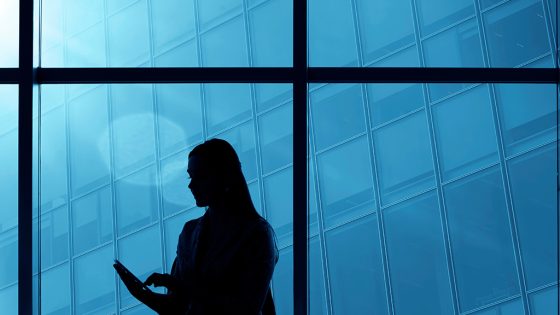 A judge has rejected an attempt by VolkerRail to overturn parts of a ruling that it harassed and victimised a female employee after she made an allegation of sexual harassment against her line manager.

Last year, a tribunal found that senior managers at the company had failed to deal properly with complaints from the woman, who was granted anonymity by the judge, and the firm was later ordered to pay her £419,000 in compensation. In October this year, VolkerRail lost an appeal against the initial ruling.

The original decision found that the former employee had “walked a delicate line between intense friendship with her boss, and romance” – but that a romantic relationship was “not her wish”. By continuing to pursue her after she said no, the tribunal said, her boss, a married father, had “violated her dignity”. But the tribunal rejected a claim of sexual harassment made by the worker against her boss because it was brought after the statutory period of three months after an alleged incident.

VolkerRail, however, was found to have harassed and victimised the employee for the way it investigated the matter. “It is a very rare case,” the court explained, “where the original allegations of harassment or discrimination, and a grievance or appeal process, is also found to be discriminatory or harassing, rather than simply unreasonable or poor.”

Six hundred pages of messages exchanged between the former employee and her line manager over Microsoft Teams were presented as evidence to the hearing. Romantic overtures from the boss, who also remained anonymous in the judgement, started in November 2019, the tribunal found. In January 2020, while the pair were staying at the same hotel in London on a work trip, he declared in a text that “I do really like you but I’m not the best at saying so.” The tribunal accepted that this had caused the employee distress, saying “we accept it as entirely likely the very authentic description of the duvet being pulled over her head as she read the message…”

Further messages “relating to his romantic pursuit”, rebuffed by the employee, were sent on 16 and 25 January, including one that said: “I really like you and cannot stop thinking about you…” The tribunal found these amounted to “unwanted conduct related to sex ([the boss] would not have so conducted himself with a male colleague with whom he had an intense friendship)”.

By April, the working relationship between the pair was “under clear strain”, as the woman sought to reduce contact with her line manager. The boss was “clearly irritated by the change in communication and dynamic”, while the employee was “developing a lack of sleep” due to the stress of the situation. In May 2020, the woman resigned, citing unmet expectations over a pay rise. However, the tribunal found that “the claimant resigned at least in part in response to the second respondent’s romantic conduct”.

At the beginning of July, the employee raised a grievance about her boss’s behaviour with her employer. The VolkerRail team handling in-house investigations included commercial director Jacqui Kennedy and HR manager Sue Diggles. The tribunal found that the pair had “decided from an early stage that the grievance was likely in bad faith”.

On 30 July, Kennedy delivered an oral decision on the grievance, “the gist of which”, the tribunal said, “was that although there had been inappropriate behaviour which she considered had harassed the claimant […] there had not been sexual harassment”. The tribunal found that both Kennedy and Diggles “were influenced by stereotypical notions of sex and roles in seeking to play down male romantic overtures and their consequences”.

After the decision, Diggles then proceeded to complete a leavers’ form and raised a form authorising the recruitment of a replacement. However, the employee explained that she had been under the impression that her resignation was not progressing because her line manager had pushed her to reconsider it. On 6 August, Diggles emailed the employee, saying that the resignation letter “cannot be unilaterally withdrawn”. The tribunal found that VolkerRail had “not proven that the grievance was not a material influence” on its refusal to accept the withdrawal of the resignation, and upheld this claim of victimisation.

The former employee appealed the conclusion of the grievance hearing and commercial director Simon Gallagher was called in, alongside HR manager K Reynold-Curie. Gallagher, the tribunal said, went “even further” than Diggles’ notes; he “denigrated” the former employee’s character by suggesting that her boss had propositioned her as a reward for her work, the ruling said. According to the tribunal, “Gallagher perpetrated a stereotype of the claimant as a scheming femme fatale who had sought to make money from the second respondent’s [the manager’s] pursuit of her and would not have presented a grievance had unreasonable salary demands been met.” The tribunal concluded that Gallagher had “subconsciously adopted a sex-related stereotype to find against the claimant. In doing so he engaged in further unwanted conduct related to sex.”

VolkerRail appealed the verdict on two grounds. Firstly, that it was not under a legal obligation to allow the employee to withdraw her resignation and that the tribunal had erred in its inferences on who had taken the decision not to withdraw it. The second ground challenged the tribunal’s conclusion that the way the company had handled the claim amounted to harassment. However, a judge ruled that there was “no arguable error” in the original decision and found that there were “no reasonable grounds for bringing the appeal”.

Speaking to Construction News, the employee said a culture of failing to take harassment seriously runs throughout the industry. “I think the reason why I am pursuing this is because I think more people need an avenue of being able to call it out. It needs to be taken seriously,” she added. The employee challenged whether industry leaders were doing enough to protect women in the workplace, saying: “It’s not good enough to say we’ve got women [in the industry]. What checks are you doing to make sure that it is a safe environment for those people to be in?”

A spokesperson for VolkerWessels UK – the group that owns the rail specialist – said: “VolkerWessels UK and its businesses do not comment on individual cases. However, we take our responsibility for fairness, inclusion and respect very seriously indeed, and we are working hard to promote and uphold a workplace environment that reflects this commitment.”