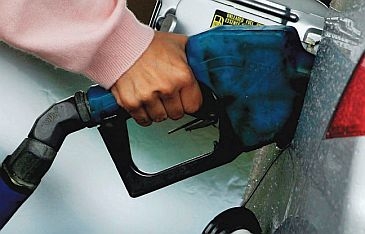 The oil firm, which is owned by US oil company ExxonMobil, aims to replace 56 miles of its 65 mile pipeline, running from Boorley Green in Southampton to its terminal storage facility near Heathrow airport.

Climate activists argue the work will double the capacity of fuel being transferred from the south coast to London, and would “plan for growth in climate-destroying fossil fuel use” when climate change has become a pressing issue.

Protestors have targeted construction sites along the pipeline, with one one digging himself in at Runnymede, Surrey, in an attempt to disrupt the installation.

Esso has now been granted an injunction against activist Scott Breen, as well as “persons unknown”, by High Court justice Eyre to prevent further disruption.

In its submission, Esso said it sought the injunction to stop campaigners disrupting construction work, which could have included damaging equipment and digging tunnels underneath sites.

Esso QC Timothy Morshead said: “The unlawful means in question consist of the actual and threatened trespasses to goods and also to land which [Esso] has experienced – and which continues to be threatened against the pipeline project.

“The activities carried out by some protesters go far beyond lawful and peaceful protest, and give rise to serious health and safety concerns.”

Esso submitted plans for the replacement pipeline in 2019. Construction began in 2021 and the oil firm anticipates construction completing early next year. Construction News understands Taylor Woodrow is working on the project, with a planning manager at the firm listing it as an active project on his LinkedIn page.

Works involved in the pipeline include tree and hedge clearance, trenches including work areas and access, open cut works in rural and semi-rural locations, open cut steelworks, reinstatement of the natural habitat, seeding and planting.

The judge said Breen had 72 hours to remove himself from the service of the order, while the injunction will be reconsidered by the court on 7 September.