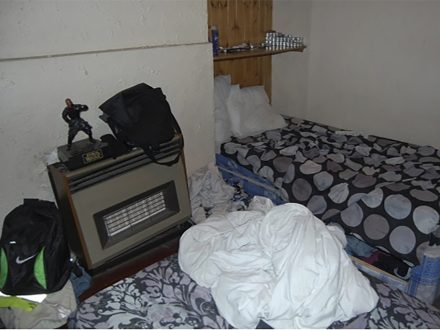 Four members of an organised-crime family in London have been sentenced to five years or more in prison after being convicted of human-trafficking offences.

Following sentencing at Southwark Crown Court, the head of the family, Vasile Dragoi Snr, was given a six-year custodial sentence for his role in a scheme that trapped dozens of workers in a state of limbo after being promised construction jobs in the UK.

In December, the Crown Prosecution Service said the five family members, four of whom lived in East Ham, had lured their victims to the UK with promises of construction work, only to leave them ensnared in conditions described as “modern slavery”, with no pay.

Vasile Dragoi Snr, 61, and the four others were found guilty after a 16-week trial for the offences, which occurred between January and October 2017.

Their 16 victims were promised £50 per day to work in the construction industry, as well as food and accommodation. However, once in the UK, identification documents were seized from the workers and withheld to exert further control over them.

Vasile Dragoi Snr and other members of the Dragoi family made the travel arrangements for the victims to come to the UK from Romania and placed them in four houses in east London. In order to hide the number of people living in the properties during council inspections, bunk beds were hidden in the loft.

Living in cramped accommodation of up to 26 in a single-terraced house, the victims were presented with false debts and provided with spurious reasons for withholding wages.

Construction Industry Training Board (CITB) fraud manager Ian Sidney was contacted by the Metropolitan Police during their investigation into the case. Sidney was able to provide evidence in court to show that the victims had taken their CITB health and safety site tests, a component of acquiring a Construction Skills Certification Scheme card, at a centre that the CITB had already terminated for fraudulent activity.

Commenting after the sentencing, he said: “There were also links from the victims’ addresses given at the test centre to those of the traffickers, helping to show that the family convicted had ‘control or influence’ over some of the victims.

“Sentencing these individuals  sends out a message that not only is modern slavery abhorrent, but that we will not tolerate people compromising construction site safety by facilitating some people cutting corners to obtain their site cards without the required knowledge, skills or experience to pass the tests.”