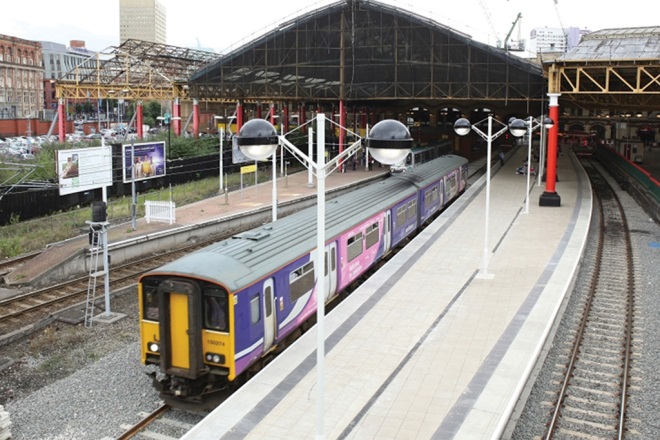 Network Rail has launched the first stages of a public consultation on the multibillion-pound TransPennine Route Upgrade.

The consultation, which began on 26 October, will feed into a future Transport Works Act Order and will be submitted to the transport secretary in the summer of 2023 for consideration.

Communities across West Yorkshire are the first of the groups to be invited to share their views on proposals for a series of major projects between Leeds and Micklefield. These include the replacement of three level crossings with safer alternatives, as well as the reconstruction or removal of bridges to make way for electric power lines for trains.

The wider TransPennine scheme aims to electrify the whole line from Manchester to Leeds and York, and introduce new digital signalling. Longer sections of triple and quadruple tracking are planned to allow more frequent services and faster trains to serve alongside slower commuter services.

A new link has also been mooted to connect to Manchester Piccadilly. The plans could see up to six fast and two stopping services running every hour between Leeds and Manchester, with journey times cut from around 60 to 40 minutes between the two cities.

Freight services would improve under the proposals, with up to 15 more freight trains per day able to use the upgraded route.

Alex Davies, head of consents and environment for the TransPennine Route Upgrade, said: “We’re really keen for communities along the route to get involved, find out all about our plans and share their thoughts.

“It will help us deliver a railway which not only offers better train journeys for passengers, but also considers the impact on our lineside neighbours.”

He added: “The TransPennine Route Upgrade is an ambitious and exciting project, which will truly transform train journeys in the North of England. Making good progress on our plans between Leeds and Micklefield will take us one step closer to delivering a faster, electrified railway that’s fit for the future.”

Earlier this year, it was revealed that up to £190m was wasted on previous, unused designs for the upgrade.

A National Audit Office probe into work to upgrade 76 miles of railway between Manchester and York, via Huddersfield and Leeds, found that £1bn was spent on the programme between 2011/12 and 2021/22. The Department for Transport (DfT) announced that it would upgrade the route in 2011, but its scope was altered repeatedly after ministers changed the plans.

This led to £140m being spent on developing project options between 2016/17 and 2019/20, which became obsolete when the scope was changed. A further £50m went on the design and project management of upgrades that are no longer relevant.

In July, the DfT announced that the budget for the TransPennine Route Upgrade had tripled from an estimated £2.9bn in 2018 to between £9bn and £11.5bn. The programme’s timeline has also been pushed back considerably, from an original completion date of 2024, to 2041.

Funding for the upgrade was allocated from the £96bn Integrated Rail Plan published last November. The plan allocates £5.4bn to the TransPennine Route Upgrade, which is considered as the first phase of the wider Northern Powerhouse Rail project.

There is also £17.2bn for the Northern Powerhouse Rail core network, which would introduce 39 miles of new railway line between Warrington, Manchester and Marsden. And £42.5bn of funding is earmarked to complete HS2’s Phase One and Phase 2a.