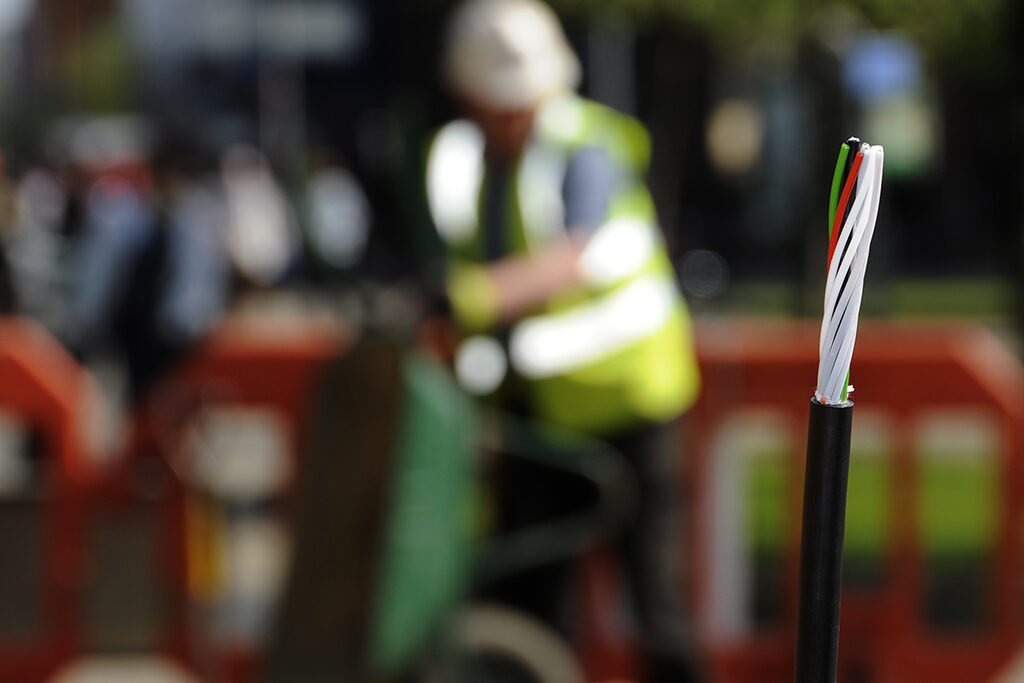 A collapsed specialist has been accused of “deliberately misrepresent[ing]” the credentials of operatives on a major job – and accidentally revealing this to its client on a video call.

FEL Group, which made and installed infrastructure for data centres, went under in June, after what administrators at RSM UK said were “protracted negotiations” over a key contract.

A subsequent report from RSM said the collapse came about as a result of a dispute with a client who failed to settle outstanding invoices, resulting in “fundamental cashflow issues”.

In May, FEL issued a High Court claim against major broadband infrastructure developer CityFibre for non-payment of £2.4m out of a total bill of £3.7m.

CityFibre had ordered eight fibre-optic exchange containers – local hubs that deliver, manage, and monitor live services and data across fibre broadband networks – from FEL. The equipment is about the size of a shipping container and serves about 60,000 premises.

It had also commissioned the specialist to carry out other works at its sites.

But a defence lodged by CityFibre makes a series of allegations in response.

These include that external quality inspectors on the exchanges reported: “Overall standards of workmanship are poor, with misaligned components, badly finished installations, untidy cabling practices and incomplete work.”

It adds: “The interior of the container building has been poorly finished, with holes hacked rather than carefully cut, and many marks remain on the linings. The containers are simply not fit for purpose and would be rejected from any site deployment.”

The document goes on to state that a call was held on Microsoft Teams to discuss the poor workmanship in November 2021.

“At the end of the call, the claimant (FEL staff) inadvertently remained on the Teams call, and its officers and personnel started to discuss [its] project controls.

“It became crystal clear during the conversation that the claimant had deliberately and dishonestly withheld important information, and concealed it from [CityFibre] in respect of the credentials and accreditation of certain employees/persons undertaking work to the containers.”

This includes skills, knowledge and electrical safety accreditation via the NICEIC, the claim alleges. A CityFibre employee recorded the Teams conversation in question, it says.

Elsewhere the claim alleges that FEL “dishonestly misrepresented the accreditation status of personnel involved in the manufacture of the containers”.

The client has issued a counterclaim, seeking £1.7m in costs from FEL Group, including the expense of scrapping defective containers.

In the administrators’ report, which was written on July 25, more than a month after CityFibre’s allegations were lodged, RSM stated that they planned to proceed with the case on behalf of FEL’s creditors.

The firm owes more than £4.5m to its creditors, their report said.

The firm was the subject of a management buyout in January 2020, which directors said would bring “much-needed funding to the business”.

A spokesperson for CityFibre said the company was unable to comment on an ongoing legal case.

As highlighted in a CN feature earlier this year, the data-centre sector is a booming market for contractors as ever-increasing internet use boosts demand.