Clarity on JCT time limits after termination and insolvency 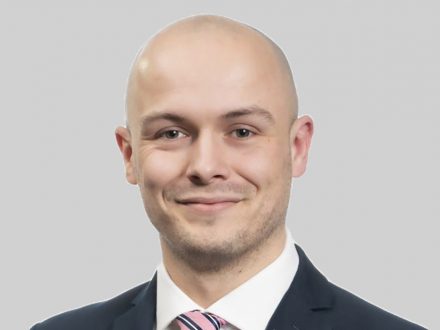 A recent judgement in the case of Levi Solicitors LLP v Wilson & Anor has provided fresh clarity on the implications of time limits under a popular JCT standard contract.

The JCT Minor Works contact provides a three-month time limit for giving a statement of account after termination or insolvency, but the High Court Chancery Division decided that this is not a “strict” deadline, such that no statement can be given after that period.

However, the same court also ruled that in the event of insolvency or termination, a payee’s notice cannot be given under section 110B of the Construction Act.

Materially the same termination and insolvency provisions appear in other JCT forms of contract, and as a result this decision is likely to have wider implications.

Details of the case

Under clause 6.7.3 of the Minor Works contract, the account was to be set out in either a certificate issued by the contract administrator or a statement issued by JKR, within three months following the completion of the works and the making good of defects.

JKR failed to issue the statement within the prescribed period, but, following the issue of a final certificate, issued a proof of debt on the basis that it had substantially overpaid for the works. It also made a claim for liquidated damages.

Levi Solicitors, a major creditor of Farrar, subsequently made an application to challenge JKR’s claim on the basis that the proof of debt should not have been accepted by the CVA supervisor.

What was the outcome of the case?

The court had to decide:

The court held that the three-month time limit under clause 6.7.3 was not a strict time limit and that a certificate or statement under that clause could be issued at any time before the expiry of the limitation period.

The court considered there was nothing in the language of the clause, or anywhere else in the contract, which indicated the time limit was intended to be a strict one.

“While this decision provides welcome clarity on how JCT contract time limits apply to the final account in the event of termination and insolvency, it raises questions about the application of the Construction Act”

The court relied on the Court of Appeal’s decision in Henry Boot Construction Ltd v Alstom Combined Cycles Ltd, which determined that the effect of having a prescribed time limit was to determine a date after which a cause of action for payment accrues, allowing a contractor to refer the matter to arbitration or start proceedings on the basis that the employer has failed to do what it should have done.

As such, JKR was not time-barred from issuing the statement under clause 6.7.3, despite being outside of the three-month window.

Does the Construction Act apply?

In particular, the court found that:

While this decision provides welcome clarity on how JCT contract time limits apply to the final account in the event of termination and insolvency, it also raises questions about the application of the Construction Act and a payee’s ability to serve its own payment notice for a debt arising under clause 6.7.4.

Further guidance from the courts on this area of law would be welcome in the future.