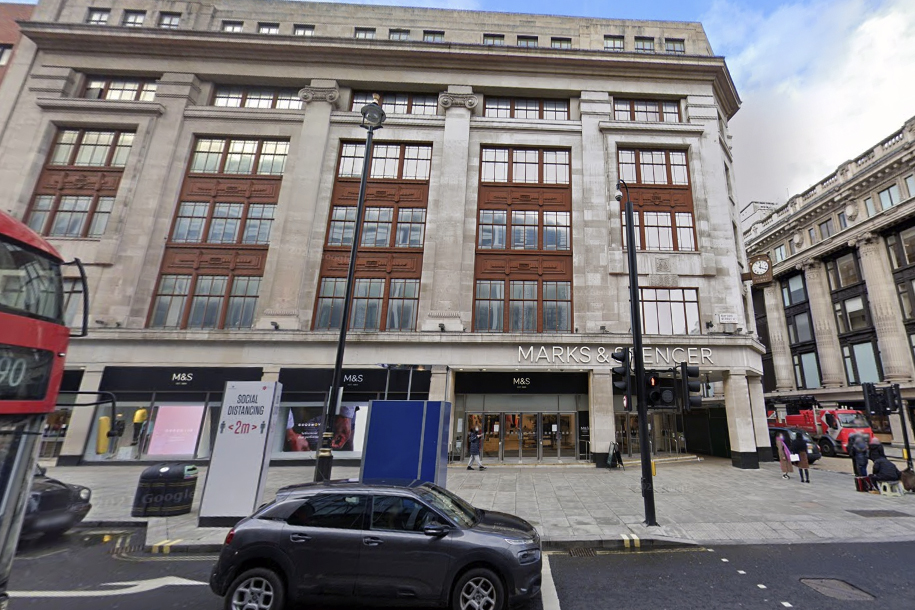 A planning inspector has visited Marks & Spencer’s Oxford Street store, as campaigners told a public inquiry that knocking down the 92-year-old structure and rebuilding it would create more carbon emissions than “driving to the Sun”.

The Planning Inspectorate’s inquiry will look at whether the scheme is consistent with national and local policy, including guidance on protecting the historic environment and tackling climate change.

The National Planning Policy Framework calls for new developments to be planned for “in ways that can help to reduce greenhouse gas emissions, such as through location, orientation and design”. Meanwhile, the London Plan says that the “highest level of carbon dioxide emissions reduction will be sought in every proposal”.

Save Britain’s Heritage, which had campaigned for an inquiry, told the inspector on the first morning of the hearing: “Initial upfront embodied carbon expenditure arising from the construction of the new building is nearly 40,000 metric tons of CO2 – the equivalent of driving a typical car 99 million miles, further than the distance to the Sun.

“Added to this will be a further CO2 cost from the demolition of the existing buildings, amounting to 1.9 million kg. Such a significant embodied-carbon cost could have been avoided (and could still be avoided) if Marks & Spencer seriously and creatively considered the option of refurbishing the buildings.”

The heritage body has called for a retrofit to introduce greater operational energy efficiency; create high-quality office, retail and public space; avoid harmful heritage impacts; and slash the carbon footprint of the scheme.

In a statement earlier this year, M&S property director Sacha Berendji said the retailer had looked “very closely” at the option of refurbishing the existing Edwardian structure but concluded that redevelopment was the “only viable way forward”.

Berendji said the complex had been rejected for listed status “due to its low design quality” and could not be modernised, “as it is three separate buildings containing asbestos”.

He added that an independent assessment of the building’s lifecycle carbon impact had concluded that a new build offered “significant sustainability advantages” over a refurbishment and that the new store would be “among the top 10 per cent-performing buildings in London”.

Representatives of M&S and scheme architects Pilbrow & Partners are expected to appear before the inspector on Wednesday. The inquiry is due to last until the end of next week and a recommendation from the inspector is due within six months, before the secretary of state makes a final decision on the scheme.

Many eyes across the industry will be on that ultimate decision. Roger Hepher – a former head of national planning at Savills, who now runs planning adviser HGH Consulting – told Construction News’s sister title Architects’ Journal recently that the inquiry was “timely”.

“It’s probably only in the past 18 months or so that we’ve found that at pre-application meetings with local authorities the issue of unnecessary demolition and embodied carbon has come up,” he said. “It’s now coming up more and more frequently.”

A report by MPs on embodied carbon, published in May, warned that too many buildings are being demolished without “understanding the whole-life carbon impact”, and that the government should ask the industry to prioritise the reuse and retrofitting of buildings.