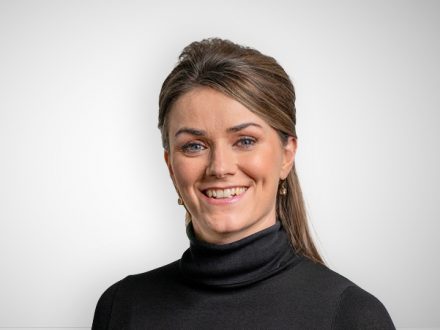 Stacey Cassidy is a partner at UK law firm TLT

The construction industry is feeling the heat from rising material costs now more than ever, with the impact of Brexit, the coronavirus pandemic, labour shortages and now inflation.

The Bank of England’s warning that inflation is set to reach a 30-year high of about 7.25 per cent in April will have sent nervous ripples throughout the industry, which has been among the hardest hit sectors over the past two years. Indeed, contractors are paying 20 per cent more on average for their materials this year compared with just a year ago, according to an index published by the Department for Business, Energy & Industrial Strategy.

We are seeing the same story play out across the UK. Projects, which under ‘normal’ circumstances would have gone ahead, are becoming financially unviable, while many schemes already under way are taking significantly longer than expected.

For those projects already off the ground, rising costs and unexpected additional expenses are having a substantial impact on contractors who have already agreed on a particular price to carry out the work.

While the entire construction sector is being affected by the disruption caused by rising material costs and labour shortages, smaller firms and developers may be feeling the most vulnerable. They are having to consider what might happen if they are hit with additional costs during a project’s timeline and what they will do if they are not able to cover that.

In the JCT-type contracts commonly used across the industry, fluctuation provisions have been treated as inapplicable for a long time, meaning that contractors have not been entitled to recover any of the additional costs incurred on a project after agreeing a price before completion. Many contractors have accepted that position due to low rates of inflation and the little risk of prices fluctuating during the lifetime of the project.

However, due to Brexit, the pandemic and current world affairs, contractors are being faced with a much greater degree of uncertainty, and some are starting to query and push for fluctuation provisions. These provide a mechanism designed to account for any potential changes to costs during a project, providing flexibility and protection against rising inflation amid the ongoing supply-chain crisis and labour shortages.

With certain provisions, parties can agree to include a clause that allows the contract sum to be adjusted if the market price of materials and goods changes.

More specifically, fluctuation clauses in JCT contracts may provide for:

While contractors may favour fluctuation clauses, developers are understandably less likely to embrace them. Contractors are in high demand, putting them in a strong position to negotiate terms with developers, and they may view a refusal to allow fluctuations as being inflexible. While providing this flexibility is important, so is cost certainty to a developer.

Contractors and developers need to ensure the provisions are clearly laid out, with no ambiguity that could lead to potential disagreements or even litigation, which would result in further expenses and project delays. Both parties need to be cognisant of market changes that may have an impact on cost and timings, as well as carrying out individual risk assessments.

It is in everyone’s interest for a contract to succeed, so developers and contractors should work together to create mutually beneficial agreements. Transparency around cost is key to maintaining these relationships and finding practical solutions for everyone.