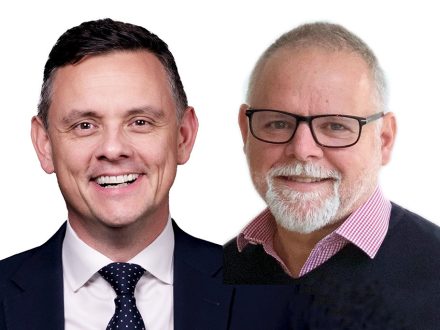 The construction market has seen a sustained period of difficulty, with many companies facing or having faced insolvency. Some argue that much of the supply chain has never fully recovered from the 2007 recession, as the years that followed brought a series of tumultuous events, including Brexit, the Covid-19 pandemic and now the Russia/Ukraine crisis.

This backdrop has not been helped by the current inflationary environment and rising costs. As the sector is energy intensive, the increase in the price of materials such as steel, alongside energy, transport and labour costs, have exacerbated the problems faced by suppliers. Instability in the sector has added to concerns already present among construction professional indemnity (PI) insurers, which has led to significant pressure on premiums and coverage.

The market for construction professional indemnity insurance has been deteriorating rapidly since 2018. In years prior, the market had been soft for more than 15 years, with an oversupply of insurance capital creating a race to the bottom with pricing, and insurers inevitably offering broader coverage to gain market share. Over that period, the claims position deteriorated globally, forcing PI insurers to take remedial action.

Since 2018, we have seen a number of insurers take the decision to exit the class altogether, while those remaining took action to bring profitability back by way of substantial price increases. This was largely driven by concerns over solvency, with Lloyd’s of London, whose marketplace is used by many of the insurers transacting PI business in London, remediating those classes of insurance that were perpetually delivering losses.

The overall impact was that coverage narrowed, especially in the area of fire safety, following the tragic events of the Grenfell Tower fire in 2017. This continues to present problems to insureds today, with many people unable to get insurance.

The Grenfell tragedy was a critical moment for the industry, highlighting risks over cladding, as well as questions regarding fire safety. Failings across the system subsequently resulted in the UK government demanding improvements in building and fire safety.

The proposed regulatory changes have come in the form of the government’s Building Safety Act. Key changes include extending the scope of the Defective Premises Act to all existing dwellings in England and Wales – it previously only applied to new-builds.

The period during which claims can be made will also be extended from six to 30 years, which could mean there is retrospective exposure to claims for works completed as long ago as 1992.

The extension of the limitation period means claims that were previously time-barred will no longer be. This could lead to an influx of complaints from homeowners, some of which may inevitably develop into PI claims against construction professionals and their insurers.

Given that the UK construction PI market is already stressed it is feasible that insurers could take action to limit their exposure. This would have a further impact on the cover available and leave more construction professionals paying higher prices.

Cautious optimism for the future

Despite this, there are signs that the steep PI price corrections encountered over the last few years are starting to level off, leading to cautious optimism about the short-term outlook. Various corrections over the years have led to this point, alongside several technical improvements to the construction industry.

One such improvement is the shift towards greater modularisation, which is traditionally more akin to the manufacturing industry and removes the need for in-situ construction. A clear benefit of this approach is that the assembly of prefabricated components is safer and cleaner.

However, it is important that the industry takes the opportunity to examine its structural issues to ensure the longevity of any potential upturn. There are clear signs of weakness in the sector and evidence of underlying flaws.

One of the main issues is the fragmented supply chain, which means the industry relies on a multitude of unconnected suppliers at each point. Collaborating would be beneficial as it would lead to procurement that better identifies and manages risk.

With the limited capacity available and insurers continuing to be very selective, differentiating your business as a good risk is critical. Examples include demonstrating careful selection of suppliers, limiting liability in contract, taking a robust approach to backing off risk in contract, and providing insurers with insights into the company’s position on environmental, social and governance.