Building Safety Bill: how it will affect the construction sector 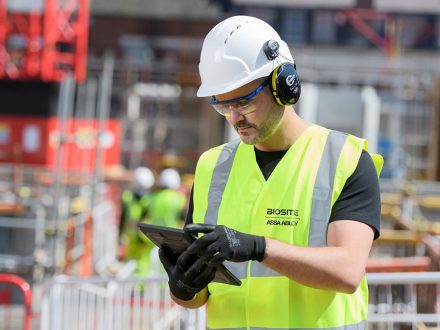 Running to a full 262 pages and packing in safeguards for leaseholders that were unthinkable a little over a year ago, the government’s new Building Safety Bill is finally being passed into law today.

This major piece of legislation will update and amend a number of other laws, such as the Landlord & Tenant Act of 1985, the Defective Premises Act of 1972 and the Building Act of 1984.

Several important aspects of the built environment will change, from fire-safety costs to provisions for disabled people. The aim is to eradicate the catalogue of errors that led to the tragic fire at Grenfell Tower in west London in June 2017.

An important, but often overlooked aspect of the bill is the creation of a new National Regulator for Construction Products, which will oversee a much tougher regulatory regime for the industry.

Levelling-up secretary Michael Gove took aim at product manufacturers earlier this month, with a warning that they should be made to pay for remediation works on buildings across the country that are deemed to have historic issues. The Grenfell Inquiry has also pointed out several major failings when it comes to the types of product allowed on high-rise buildings.

The new regulator aims to consign such issues to history. According to the government, the new body will provide market surveillance and oversight, including a national complaints system, and it will support trading standards in ensuring safety concerns can be highlighted.

It will also carry out and commission its own product testing to investigate non-compliance of safety standards or building regulations.

Fixing the mistakes of the past

During its passage through the Lords, the Building Safety Bill has undergone numerous changes, many to ensure leaseholders were better protected. However, one of the biggest changes was the implementation of new rules that will allow leaseholders to take on builders for historic faults in their homes.

This led to an at-times fiery debate between the construction industry and government over who was culpable for fixing historic defects.

However, Gove has managed to push through reforms that will see developers pay for fixing issues with buildings containing “at least two dwellings”.

The latest amendments to the bill will give the government powers to effectively ban some developers from new schemes – by preventing them from applying for building control or other measures – as a way of making them pay into a new fund to cover defects in buildings of more than 11 metres high.

The new plan was slammed as a development tax, which may lead to fewer affordable homes being built. Developers and housebuilders that have yet to sign up to the government’s remediation pledge have explained their reasons for not doing so.

However, the new laws are far reaching. Section 127 allows the secretary of state to prohibit “prescribed persons” from carrying out land development in England, which may apply despite planning permission already having been granted. In short, the new bill has real teeth to restrict developers who do not toe the government line.

What changes are there for leaseholders?

Compared to the horror stories of leaseholders being handed extortionate repair bills for homes they had considered to be safe, the new law should lay the burden of fixing issues on developers or builders.

The latest amendments give the government statutory powers to require landlords and associated persons to undertake and pay for remediation works for defects in “relevant buildings” where there is a “qualifying lease”.

According to law firm Trowers & Hamlins, the law states that a relevant defect is “anything giving rise to a risk to the safety of people in or about the building, arising from the spread of fire or the collapse of the building or any part of it”.

In theory, this is a huge win for campaigners and leaseholders. A further amendment will strip out a number of costs that landlords can currently claim expenses for from leaseholders. Excluded costs for high-rise buildings may not now be charged to tenants, following an amendment to the Landlord & Tenant Act of 1985.

Lords amendments that have been included in the bill state that within two years of the new law coming into force, the Building Safety Regulator must both assess and report on the benefits and costs of measures to improve the safety of people in or about buildings, with systems such as fire suppression, stairways and ramps, certification of equipment and provision for people with disabilities.

The role of building safety manager has been scrapped from the legislation, however, after it became clear that the cost of implementing a safety manager for high-risk buildings would most likely be passed on to leaseholders.

According to the latest amendments, an “accountable person” will be responsible for a high-risk building, but the specific legal requirement has been dropped.